Wolff sent a Christmas message to the entire Mercedes workforce reflecting on the campaign and looking ahead to next year. (NBC Sports)

Daniel Ricciardo says his Red Bull team are in a better place than Mercedes to take advantage of next year's regulation changes and mount a challenge for the title. (ESPN)

Retired world champion Nico Rosberg had a message for the Mercedes team, he tweeted: "Thank you all, you are the best team in the world. You helped me fulfil my childhood dream. wishing you all a great Christmas time. #danke"

Red Bull driver Daniel Ricciardo expects Formula 1's new cars to pose a physical test that could expose the weaknesses of some of his rivals. (WA Today)

Ricciardo's Red Bull team-mate Max Verstappen has been named Sportsman of the Year in the Netherlands. (Grand Prix Times)

Ferrari boss Sergio Marchionne would love to see Alfa Romeo back in Formula 1 with its own team - but only as a junior feeder team for Ferrari. (NBC Sports)

New Ferrari reserve Antonio Giovinazzi could be set for some Friday practice outings with Sauber or Haas in 2017. (GrandPrix.com)

Haas F1 driver Romain Grosjean took a Jaguar F-Type for a spin on the slopes of La Plagne, France, and live streamed it for his fans on Periscope. (Twitter)

World championship runner-up Lewis Hamilton has said that there were moments in his title battle with Mercedes team-mate Nico Rosberg that felt "uncomfortable" and "odd". (Autosport)

However, Mercedes team boss Toto Wolff says that the team's interests will come before those of their drivers next season. (Motorsport)

Williams' Finnish driver Valtteri Bottas - who is rumoured to be a target for Mercedes' spare driver seat - has said that he can "definitely" win in a competitive car. (Autosport)

F1 tyre manufacturer Pirelli have announced the compounds they will use for the season opener in Australia - ultrasoft, supersoft and soft. (F1.com)

Toro Rosso team principal Franz Tost believes that too many races are hosted in Europe.(Motorsport)

Rosberg may have walked away from the sport, but that hasn't stopped him from continuing to look back on his world championship success. Red Bull's Daniel Ricciardo has ruled out filling the "damn good" seat at Mercedes, which is expected to go to Williams' Valtteri Bottas. (Guardian)

The Paul Ricard circuit - which will stage the French Grand Prix from 2018 - is considering introducing a system to warm up the track's surface in order to help teams during winter testing. (Motorsport.com)

Championship runner-up Lewis Hamilton, who is on holiday in New Zealand, said: "South Island is one of the most stunning places on this earth. We took a helicopter tour of the glaciers, and some of the beaches that are not otherwise accessible, and it was unbelievable."

Ferrari will officially unveil their 2017 car on 24 February at their private Fiorano test circuit in Italy. (Formula 1.com)

The Italian team's chief technical officer Mattia Binotto believes it is "just a matter of time" until they build a car capable of winning championships again. (F1i.com)

Lewis Hamilton may have finished second in the 2016 driver's championship but the Briton has made it on to the front cover of Time magazine, which describes him as "the greatest race car driver of this generation". (Time) 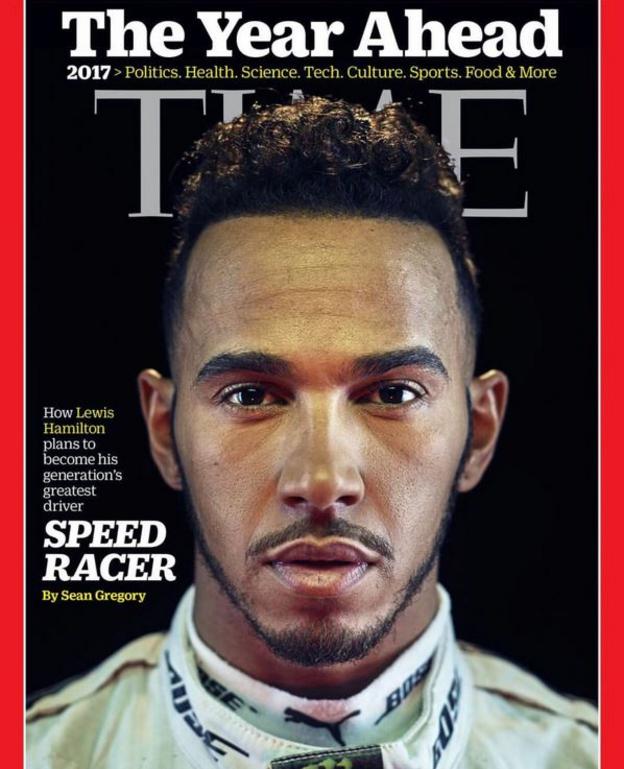 Mark Webber has advised his former team Williams not to try to tempt Felipe Massa out of retirement for the 2017 season and should instead look to LMP1 [the premier category of the World Endurance Championship] to pick Valtteri Bottas' potential replacement. (F1i.com)

McLaren's new driver Stoffel Vandoorne says comparisons between himself and fellow Belgian Max Verstappen are "normal", although the 24-year-old says he is "very different" to the Red Bull teenager. (F1 Today)

Fernando Alonso says his McLaren team are the best F1 outfit he has worked with throughout his career in the sport, despite the Spaniard, 35, winning two world titles with Renault in 2005 and 2006. (F1i.com)

Toro Rosso should be beating Force India and Williams next year with the aim of finishing fifth in the Formula 1 constructors' championship, says the team's driver Carlos Sainz Jr. (Autosport) 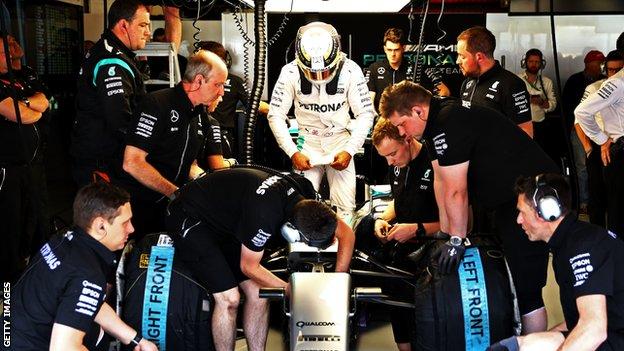 Lewis Hamilton has told Mercedes not to meddle with the engineers and mechanics on his side of the garage after the team swapped six between him and championship-winning team-mate Nico Rosberg last season. (Daily Mail)

Rosberg has accused Lewis Hamilton of lying after saying the Briton told him he would not ignore team orders before the title-deciding race in Abu Dhabi. (Sun)

Williams deputy team principal Claire Williams says finishing fifth in the constructors' championship has been a "wake-up call" for the team. (Crash.net)

Renault trackside director of operations Alan Permane says he is glad to see the back of the team's 2016 car after a "mentally tough" season for the team. (Autosport)

Nico Rosberg might have won the Formula 1 world title - but it was not enough for him to claim the top prize at Germany's sportsman of the year awards. He finished third in the public vote behind gymnast Fabian Hambuchen and triathlete Jan Frodeno, while tennis star Angelique Kerber won the women's prize.