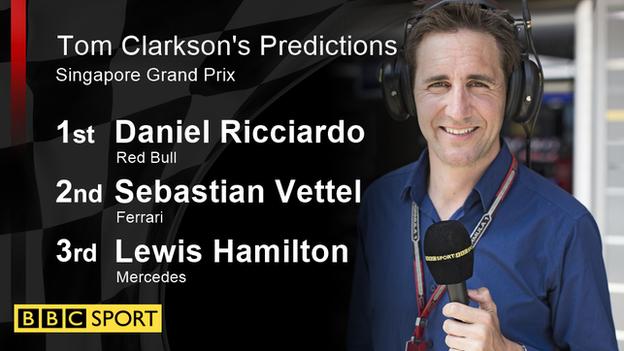 Monza may not have gone the way of Ferrari's Sebastian Vettel, but is payback in order under the atmospheric Singapore floodlights?

Lewis Hamilton regained the championship lead with a dominant display at the Italian Grand Prix, but there was no stopping the German in qualifying at the Marina Bay Circuit as he stormed to pole position ahead of the Red Bulls of Max Verstappen and Daniel Ricciardo.

Hamilton's Mercedes could only manage fifth on the grid for Sunday's race while his team-mate Valtteri Bottas will be along side him in sixth.

So is Vettel heading for a fifth win at the Marina Bay Street circuit? Predict your top three race finishers from the list below.

Who will finish in the top 3 at the Singapore Grand Prix?