There's something a bit special about the Singapore Grand Prix, and mostly it's the night thing.

Without it, the Marina Bay track would most likely be just another right-angle-dominated street circuit in an environment in which the major concern would be how many litres of water one needed to drink to cope with the humidity.

But holding the race at night gives it a unique ambience all of its own - and takes the edge off the extremes of the tropical environment.

In Singapore, F1 is just getting going as the day is coming to an end. As dusk settles on the south-east Asian city state, the lights come on and the whole place takes on a special sparkle that has to be seen to be believed.

It's easy to see how this race is second only to Monaco in the amount of business done over the weekend.

There is a lustre to the light. The dipping sun eases the brutality of the afternoon heat, which is tempered only by regular, massive rain storms. And the ambience is somehow both intense and relaxed at the same time.

Out on track, only the first of those adjectives applies. A long lap - and a long race, the longest on the calendar - bumpy streets and the high humidity in temperatures that nudge 30C even at night make it arguably the toughest race on the calendar for the drivers.

Marina Bay is no Spa or Suzuka but it has a challenge all of its own as the cars pass the landmarks of this former British colony just off the southern tip of the Malay peninsula.

For the spectators, on a circuit lined with Chinese lanterns, it's an attractive sight. For the drivers it's a test of endurance and concentration, bodies saturated with heat in the cockpit, minds fighting for clarity, bumps, concrete walls punishing a moment's lapse in concentration.

The timetable adds to the surrealness of the place. Singapore is seven hours ahead of the UK but, with the track action starting in the late afternoon and finishing at 10pm, nearly everyone stays on European time.

You get up at 2pm-ish, leave the track about 2am, and head off for something to eat. Not all of Singapore has embraced the bizarre needs of its annual visitors, but there's always a hawkers' centre open somewhere - a collection of shacks serving delicious food around a central seating area.

Head there for seafood rice, noodles or laksa at 3am, and then back to the hotel by dawn, grab some sleep, hope the curtains block out the light and the other guests are not too noisy, before doing it all over again.

The race is not often a cracker, but as an experience it is not to be missed. 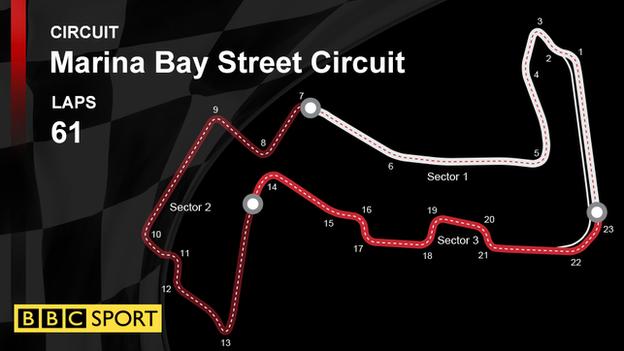 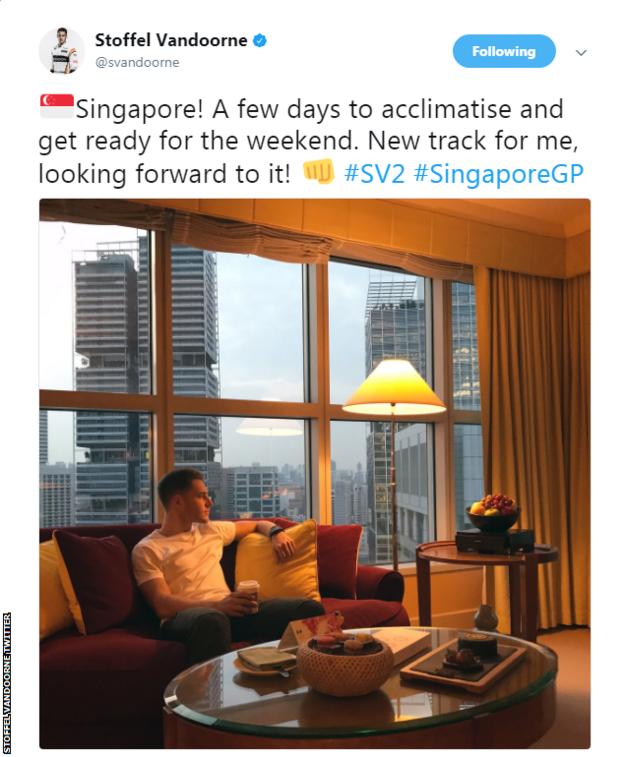