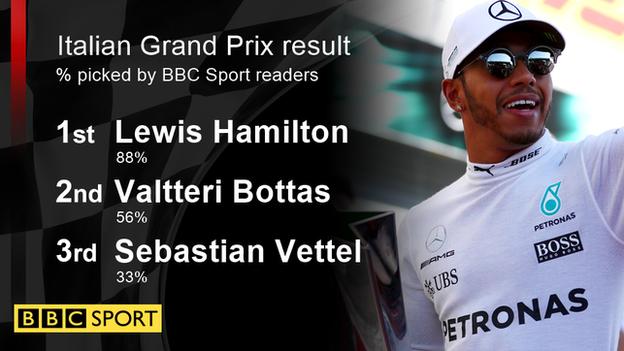 Well done to the whopping 88% of you who said Lewis Hamilton would win the Italian Grand Prix.

But perhaps more impressive was the 33.1% who said Sebastian Vettel would come home third at Monza after starting sixth on the grid following that crazy wet qualifying.

Indeed, 56% believed Bottas would score second after he was fourth on the grid.

Another 12% thought Esteban Ocon would occupy the last step on the podium after securing third on the grid. In the end, the young French talent was only 30-odd seconds away as he took sixth position.

Next up is the Singapore Grand Prix and the Marina Bay Street Circuit. Predict who you think will master qualifying here.