Ross Brawn believes Formula 1 should consider radical ideas like a Saturday qualifying race in its push to become more popular in the future.(Sky Sports)

Gene Haas is still smarting over Haas' double DNF in Australia and says "for sure" they're going to miss those 22 points come the end of this season. (Planet-F1)

The FIA has approved Pirelli's plans to reduce the tread of its Formula 1 tyres for three races through the 2018 season due to the new asphalt that has been laid at the circuits. (Crash.net) 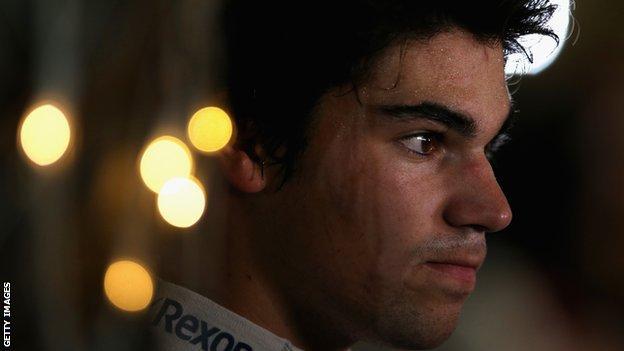 Ferrari will retain a special payment from Formula 1 under a blueprint for the sport's future. The Italian team receives $100million a year (about £70m) as a heritage bonus in recognition of their status as the only team to have contested every season since the start of the world championship in 1950. (Daily Mail)

Red Bull team boss Christian Horner says that Formula 1 needs to pursue an aggressive timetable of "a couple of months" on achieving agreement on the sport's future. (F1i.com)

Marcus Ericsson says he is pleased with Sauber's straight-line speed in 2018, saying it is a big difference from last year. (F1today.net)

Renault's Carlos Sainz still drives a Volkswagen golf when away from the track, the first car he ever bought. (CNN)

World champion Lewis Hamilton is set to sign a three-year deal worth £39.3m (45m euros) to stay at Mercedes. (Bild, via Daily Express)

Nico Hulkenberg says Renault's new car is "not good enough" with its performance and balance yet, despite an encouraging start to the season. (Autosport)

Haas has reshuffled their pit crew and introduced an extra fail-safe system to help prevent a repeat of the Australian Grand Prix tyre-change blunders that led to the early retirements of both Romain Grosjean and Kevin Magnussen. (Motorsport)

Honda has been forced into making component changes to the engines of both Toro Rosso cars before the Bahrain Grand Prix. (ESPN)

Fernando Alonso has warned his McLaren team they "must not get complacent" after the Spaniard finished fifth in the opening race of the season in Melbourne. (F1i.com)

Sebastian Vettel says his Ferrari has "huge potential" but is not yet "spot on", despite winning the season opener in Australia. (ESPN)

Lewis Hamilton can equal a Formula 1 record on Sunday as he has finished in the points in his past 26 races. Kimi Raikkonen currently holds the record outright with 27 successive points finishes while at Lotus in 2012-13. (Reuters)

Esteban Ocon insists there is "no panic" after a bad start to the season for Force India. (F1Today.net)

Dutch driver Nyck de Vries, 23, says he has been promised a seat at McLaren in 2019 if he wins this year's FIA Formula 2 Championship, which starts this weekend in Bahrain. (The Chequered Flag)

Red Bull's Daniel Ricciardo believes he has the attributes to become world champion and feels it is right to weigh up his options before signing a new contract. (Sky Sports F1)

Sauber has bolstered its technical department by drafting in Jan Monchaux as their new head of aerodynamics. Monchaux held the role of head of vehicle engineering and aerodynamics at Audi Sport for the last five years, having previously worked at Toyota and Ferrari. (Formula1.com)

Haas driver Romain Grosjean has a suggestion for a debate on favourite helmet design - his own.

Fernando Alonso believes McLaren can "forget" about their midfield rivals, and target Red Bull in the coming races. (Autosport)

Formula 1 chiefs are considering the prospect of changing qualifying to a sprint race. (Auto Motor und Sport via PlanetF1)

Carlos Sainz says being on loan from Red Bull to Renault is a "bit of a strange situation". (Motorsport.com)

Haas driver Romain Grosjean says describing the team as a "Ferrari B team" is insulting to their engineers. (PlanetF1.com)

Ferrari driver Sebastian Vettel says he is confused why Formula 1 bosses opted to drop the use of grid girls and switch race start times. (Crash.net)

Mercedes driver Lewis Hamilton claims Ferrari's pace was better than it appeared at the season-opening race in Australia. (Motorsport Week)

Toro Rosso driver Pierre Gasly says Honda has a "big, big plan" for development in 2018 that is designed to "show everyone they can do proper engines" in Formula 1. (Motorsport)

Formula 1 race director Charlie Whiting says he has no concern over the legality of Haas' 2018 car. (F1i.com)

Haas boss Guenther Steiner is sure his team can prevent a repeat of the pit-stop mistakes which ruined their Australian Grand Prix and push for a good points haul in Bahrain. (ESPN)