It would be hard to find a bigger contrast in moods than that between the two Red Bull drivers after qualifying at the Monaco Grand Prix.

Daniel Ricciardo's neon grin was even bigger than usual after taking a pole position that, all things being equal, he ought to convert into an overdue first win around the streets of the Principality.

On the other side of the garage, Max Verstappen, who had been nip and tuck with Ricciardo throughout a weekend the team have dominated, looked like a child who had been told the dog had chewed his favourite toy.

Verstappen had not been able to take part in qualifying after a crash late in final practice. The team had got the car ready just in time, but then discovered a crack in the gearbox - presumably a result of the accident.

And now he starts from the back at a track on which, as Ferrari's Sebastian Vettel put it, "it's nearly impossible to overtake".

The concern for Verstappen is not so much that the crash happened at all - as he said himself, it's "very easily done" in Monaco - it's more that he keeps doing it so often.

Monaco is the sixth race of the season and Verstappen has had a crash or other similar sort of incident at all of them. Sometimes more than one.

The team are not happy about it.

Red Bull motorsport boss Helmut Marko told BBC Sport after qualifying that the Monaco crash was "unnecessary" and that Verstappen "is not patient enough".

The Austrian will be having a word with his brilliant but flawed driver once the weekend is over, in an attempt to try to get to the bottom of why he is making so many mistakes - and more importantly, how to stop it happening.

Making progress from the back in Monaco is not easy - but Fernando Alonso finished sixth here for Ferrari in 2010 in a very similar situation.

Red Bull's bigger concern is making sure Ricciardo wins a race that is his to lose.

In 2016, he also took pole, and was waltzing away with the race only for the team to fail to get his tyres ready in time for a pit stop, handing victory to Lewis Hamilton, who starts third on Sunday behind Vettel.

Ricciardo was absolutely distraught after that, and was asked on Wednesday whether he felt Monaco owed him a win. "I mean, yes," he said, "but I've got to go and earn it. It's not going to happen without me putting the effort in."

So far, he has done exactly that, fastest in every session and setting a brilliant pole position, more than 0.2 seconds clear of the field.

It surely can't go wrong for him again, can it?

Could Porsche be coming to F1?

On Friday, the rest day in Monaco, the team bosses had a meeting with F1 owner Liberty Media, on the latest stages of the plan to re-shape the sport from 2021.

This follows a meeting at the Bahrain Grand Prix when Liberty first laid out its plans in detail - for a cost cap, a restructured and more equitable revenue distribution and a change of the technical regulations to try to close up the grid.

Mercedes F1 boss Toto Wolff said that Liberty set out the results of their talks with the teams over the intervening period, outlined what he called the "common denominator", and that the next stage was to "merge them into a proposal from Liberty to the teams" within the next two months.

The manufacturers have now accepted the FIA's desire to ditch the so-called MGU-H, the clever part of the hybrid system that recovers energy from the turbo and which is largely responsible for the revolutionary efficiency levels these F1 turbo hybrid engines achieve.

Wolff feels this sends a bad message on efficiency but accepts that from a spectacle point of view it might be necessary. Removing the MGU-H, and restrictions on fuel flow and capacity, will make the engines much louder - their relatively flat sound has been a complaint of many fans since they were introduced in 2014.

What's most interesting, though, is why the FIA wants to remove the MGU-H. And that is because it is the wish of Porsche.

The German marque's owner Volkswagen Group has flirted with F1 for some time now, and is expressing interest again. But it has said it would not come in if the MGU-H was still on the engines.

This is because the technology is complex, and Porsche fears the same problem as suffered by Honda when it returned to F1 in 2015 - a lack of competitiveness and years of development to catch up with manufacturers who have been perfecting the technology for a long time.

Sources say Porsche has a single-cylinder engine under development - the first stage of producing a new engine - but has yet to decide whether to enter F1 or how, as in with its own team or as an engine supplier. Even so, the FIA decided it wanted to accommodate Porsche in case it decided in favour.

Porsche is understood to be the only realistic potential new entrant. Insiders say Aston Martin will not come, despite expressing an interest in building an engine if the rules work for the company, and no independent engine manufacturer is said to be on the cards. Even the new rules would be too complex and expensive for them.

Behind the scenes, the Monaco weekend has been dominated by controversy over the Ferrari car.

Rivals believe the Italian team have found a way around the restrictions on electrical energy with a battery system architecture that they believe to be illegal.

The FIA has been looking into the Ferrari battery since at least the Chinese Grand Prix back in April. The governing body found it has a different architecture to that on the other engines and felt there was a risk it could be used in an unscrupulous way.

Extensive investigations into a very complex issue have revealed no evidence of any wrongdoing but FIA officials have been working with Ferrari to make sure the car cannot be used in a way it should not be. That process is reaching its conclusion.

If any rivals remain unhappy once that point is reached, they will have to make an official protest.

How will new tyres affect the race? 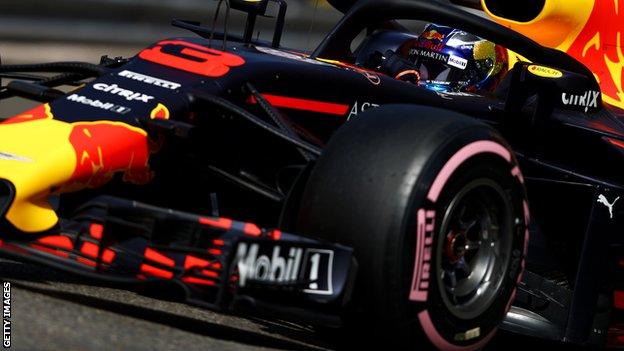 Pirelli's new 'hyper-soft' tyre is being used for the first time this weekend in Monaco and it has proved a popular choice with the drivers, who enjoy the extra grip it provides - the gain is in the region of close to a second a lap over the ultra-soft, the next softest tyre.

The race, though, is another matter. The hyper-soft degrades much faster than the other tyres - which means lap times drop off quite quickly.

This is why Mercedes tried to get through second qualifying on the ultra-soft in the hope of being able to start the race on it - as the rules dictate a driver must do with the tyre on which he set his fastest time in Q2.

Mercedes' ploy did not work, which means all the drivers in the top 10 will start on the hyper-soft, while those behind will almost certainly choose something else.

How will that play out? Well, the leaders will have to make their tyres last as long as possible, as all will still be trying to make it through on a single stop, even if Mercedes' Valtteri Bottas believes that will be "difficult".

There is also the question of whether they will still have the pace to create a gap to the runners behind on the harder tyres, into which they can drop after a pit stop.

Unless Ricciardo's blistering qualifying pace translates into the race and he can pull a lead on the rest of the field, the result could be a train of cars, a cat-and-mouse game and a burst of activity when someone finally pulls the pit-stop trigger.

"Probably the one who is in the lead is going to manage the pace very carefully," Wolff said, "and still run out of tyres after a few laps. There could be quite a tricky situation."

Vettel said: "It's still one of the most fascinating races because things can happen. It doesn't mean they do happen, but they can."

Who will win in Monaco?