Max Verstappen was 0.153secs ahead of Daniel Ricciardo, with Renault's Carlos Sainz 1.233secs back in third.

Hamilton needs to finish seventh to tie up a fifth world title, and if Vettel does not win the race, the Briton will be crowned whatever result he achieves.

Mercedes and Ferrari appear not to have got their cars to work on Friday.

Many of the teams were struggling to get the best out of the fastest hyper-soft tyres and the two Red Bulls were more than a second clear of the field.

The gap between the Red Bulls and Sainz, and between the Spaniard and other midfielders behind, was about normal.

But Hamilton was the fastest Mercedes driver 1.380secs off the pace, and Vettel, the fastest Ferrari in fourth, was 1.234secs behind Verstappen.

Vettel said: "I would be quite happy if I had more grip. It is the track with the least sensitivity on power. But it has been sort of expected Red Bull were very strong. I don't think we had a tidy lap. We should have been in front of the Renaults.

"Everybody is on the limit with tyres and trying to get them to work in order to slide less, with the exception maybe of the Red Bulls."

Vettel added that Ferrari had decided to stick with their old aerodynamic package, after comparing it with a new one in the first session.

Verstappen was also quickest in the first session, again from Ricciardo, and that time by 0.483secs.

Verstappen said: "We have a good car, good downforce and good mechanical grip. Unfortunately our day ended with a hydraulic issue, but other than that our day has been really good."

Red Bull team boss Christian Horner said: "Both cars have been quick in both sessions, which is encouraging. Looks like we've had a suspected hydraulics issue [on Verstappen's car] so we need to get the car back and see what's going on there." 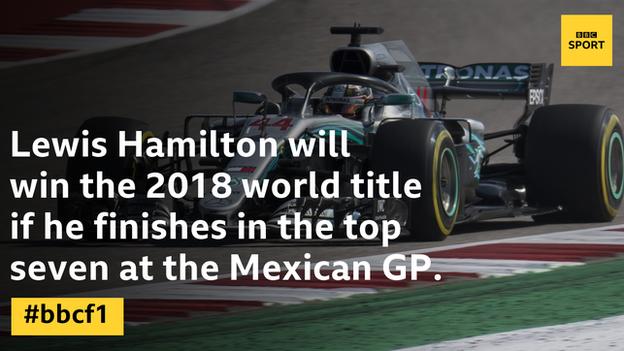 Hamilton said: "The car was good in some places, but not so good in others. It's not about one particular area; there are lots of different things that we can improve. It was difficult with the high track temperatures, which were melting and graining the tyres, but a lot of people were experiencing that."

Mercedes technical director James Allison added that the team had to run their engines at a lower performance level than normal because they were struggling with overheating "in a number of areas".

On Friday his and Mercedes' big concerns will be on performance - the tyres were creating all sorts of headaches for the teams, especially the hyper-softs, which were good for about one flying lap before dramatically losing grip.

That will create major headaches for the teams as they try to work out how best to run the weekend.

One senior figure admitted that the session was "weird" and "a bit confusing".

This situation led to an unusual competitive order, with the Renaults of Sainz and Nico Hulkenberg third and fifth and Toro Rosso's Brendon Hartley sixth quickest ahead of Hamilton.

The unusually high position for the Renault-engined Red Bulls and factory team might be related to the altitude.

Mexico City sits at 2,200m and all engines lose about 22% of their performance. But as it is a proportional loss, the engines with less power lose less absolute power, which reduces the performance gaps between the standard-setting Mercedes and Ferrari engines, and the Renaults and Hondas.

Who will win in Mexico?