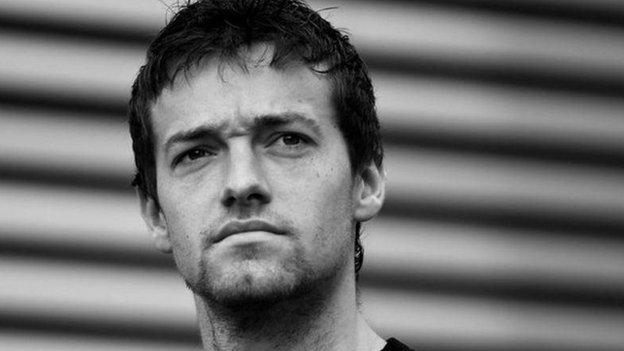 Former F1 driver Jolyon Palmer, who left Renault during the 2017 season, is part of the BBC team and offers insight and analysis from the point of view of the competitors.

Sergio Perez is a race winner finally, and his drive to victory in the Sakhir Grand Prix could be no better advert for a driver currently out of a job at the end of the year.

The Mexican is performing at the top of his game right now and Red Bull, the only possible destination for him in 2021, cannot ignore this as they weigh up who should partner Max Verstappen next year.

I've always thought Perez was an underrated driver in Formula 1, from watching him, then racing against him and now commentating on and analysing the races.

He has delivered multiple podiums for every team he has driven for, except his 2013 year at McLaren. All of those teams have been midfielders.

In fact, Perez has failed to step on to the podium at least once in only three of his nine seasons, a statistic to which no other perennial midfielder in the modern era can come close.

He is underrated no more. Perez is now regarded as the established, fine F1 driver he is, and Sunday's race was the perfect demonstration of his skills.

Perez was dead last at the end of the first lap, after being wiped out by Charles Leclerc's Ferrari at Turn Four. But just as in Portimao last month, he kept his head, pitted at the end of lap one to change strategy and made it work.

His early laps after the safety car were a phenomenal display of clinical overtaking. Then he kept his tyres in good condition in typical Perez fashion, before controlling the race after the late safety car.

Last to first - it was the absolute perfect drive.

And it hasn't come out of the blue, either.

Perez for Albon - it's the obvious decision

Performances like this should make him a dead cert for the Red Bull seat, but the team seem absolutely desperate to re-sign Alex Albon for next year.

Traditionally ruthless with their driver choices, they have never come close to giving one of their drivers as much leeway or time to prove themselves as Albon has had.

Daniil Kvyat was axed for Verstappen early in the 2016 season, one race after getting on the podium, and Pierre Gasly was dropped for Albon after just one half season last year following a run of disappointing results.

Albon's performances have been every bit as disappointing as Gasly's were, yet even now Red Bull are biding their time, waiting for him to offer a hint of a solid performance to justify a decision to retain him.

Albon is a nice guy, very polite and hard working, but this has never softened the hearts of the Red Bull management before.

He is also racing under the Thai flag, for a company that hails from Thailand originally. But it's hard to believe that sentiment is the one thing keeping him in the car, when there is little promotion or celebration of this from Red Bull.

It may just be that Red Bull are still trying to justify their decision to sign him in the first place. But with Albon once again missing out on making it into the final qualifying session and finishing the race in sixth, that justification passed a long time ago.

Red Bull know that whoever they sign as second driver will not match the pace of Verstappen, but what they need from that driver is to at least be able to deliver when others falter.

Perez has been doing that for so many races now, and in a grand prix where the top four on the grid all had issues that ruled them out of contention, he was the driver who breezed through to win, passing Albon on the way, while Albon could muster only sixth in Red Bull's only remaining car.

If Red Bull want to be seen as a genuine championship contender next season, then they must switch from a second driver who has underperformed. Surely even the most blinkered of the Red Bull management can't look past the latest F1 winner as the option moving forward.

Russell - a star is born

The other star of the show over the course of the Sakhir weekend was of course Britain's George Russell.

Having taken over Lewis Hamilton's car, the 22-year-old barely put a foot wrong all weekend, and would have won the race were it not for a crash for his Williams replacement Jack Aitken, and a rare botched pit stop by Mercedes at the ensuing safety car. Even then Russell could have won but for the misfortune of a late puncture.

When it was announced Hamilton was missing this race with Covid-19, his team-mate Valtteri Bottas must initially have been thinking it was a great chance of victory.

But when Russell was announced as Hamilton's replacement, rather than Mercedes reserve Stoffel Vandoorne, it was a different ball game.

Bottas knows that Russell has been a Mercedes protege since 2017, and that team boss Toto Wolff is already mulling over when to promote him to the team, so the stakes were raised enormously, and Bottas looked like he was cracking under the pressure from the word go.

The Finn looked ragged, making numerous mistakes, and just about managed to regroup to take pole position by a fraction of a second.

But with the way the two drove on Sunday you would be forgiven for thinking Russell was the regular in the car and Bottas making his debut.

Russell nailed the start, defended against Bottas' attempt to repass him at Turn One, and established a measured three-second gap before the pair's 'only' pit stop.

Bottas was closing in after both Mercedes pitted to go to the end on the hard tyre, but that quite frankly is an irrelevance, and he showed exactly why after the late safety car.

With Bottas lying fourth and Russell fifth as the safety car came in, the race win was anyone's.

In the end, it turned out to be a two-car shootout between Russell and Perez, and with Russell's puncture, Perez had a stroll to the line. Where was Bottas?

Yes, Bottas was on a used hard tyre, but so was Perez, and the other Racing Point of Lance Stroll directly ahead of him was on a used medium.

Bottas had a faster car and fresher tyres than all of the drivers ahead and should have been pushing to slice through the pack in the way that Russell did, even if Russell had the added help of a tyre advantage.

Not only did Bottas not make progress, but he made mistakes trying to do so, allowing his team-mate to pass and then a whole string of cars to come through, demoting him to eighth by the flag even with Russell's extra pit stop.

Bottas was unable to pass Stroll, or even Kvyat's Alpha Tauri, so there is no chance he was going to be passing a faster car for the race lead.

This was the Italian Grand Prix all over again for Bottas. In Monza, he was mugged down the order on the first lap and got stuck, while Hamilton was sent to the back with a penalty mid-race, yet ended up just one place behind at the flag.

Only one choice for Wolff now

Russell would have hoped to be giving Wolff a tough choice when he found out he would be replacing Hamilton in Sakhir, but as it stands it looks like he's done better than that - he's given him an easy one.

To come in to new surroundings and beat the established driver, a race winner already this season, is a remarkable effort in a car he wasn't fully comfortable in.

Of course Russell was gutted not to take a win that he so deserved, and with his late puncture we were all denied a showdown between the two heroes of the day.

But this was a weekend in which Russell announced himself as a future star of F1, and Bottas will surely know the writing is on the wall for his Mercedes seat at the end of next season at the latest.

The changing of the guard happened a couple of years ago at Ferrari, when Leclerc replaced Kimi Raikkonen and immediately brought the standard up. Verstappen did the same at Red Bull when he was brought in alongside Daniel Ricciardo.

And while Russell will be hoping for another chance in the Mercedes this weekend in Abu Dhabi, that also seems the only thing that can save Bottas' blushes at this point.

Bottas needs Russell to race, and he needs to convincingly beat him this time if he is to have any chance of a Mercedes future beyond next year.

Even then, it may be too late.