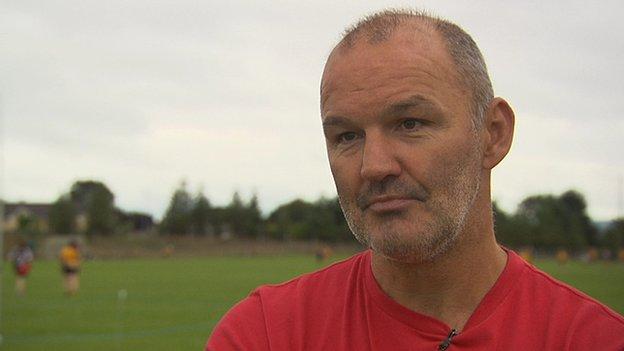 McHale will not be surprised if Harte makes some tactical readjustments to his line-up.

"I can also see Stephen O'Neill playing out the field a little bit."

McHale, who played in Mayo's All-Ireland final defeats in 1989 and 1996 added:"There are going to be lots of little things that I think Mickey Harte will do to try and put the Mayo defence under pressure.

"The Mayo defence hasn't been under pressure this year at all."

If Cavanagh is employed away from midfield, the anticipated centre-field battle between the Moy man and Mayo's powerhouse Aidan O'Shea may not materialise.

McHale believes that Harte will have to vary his tactics from recent games if the Red Hands are to have any chance of unhinging the in-form Connacht champions.

"I'd imagine Mickey will be very defence-minded because you have to be against the Mayo team because the variation in their game is very good.

"Mayo attack from the half-back line and midfield through the hands but they also vary their game with some great kick-passing into the full-forward line who happen to be playing very well this year.

"It is going to be very hard for Tyrone to stop that and defend against it."

However, McHale is certain that Tyrone will provide his county with by far their toughest test of the 2013 Championship to date.

"We'd be concerned that we've played four games and won all those games by double digits - massive margins.

"That won't happen against Tyrone. Tyrone are going to play a certain way and they have one of the best managers of all time.

"He is going to make some adjustments and that can affect the dynamic of the game.

"I still expect us to win but I would imagine it will only be a two or three-point game either way."