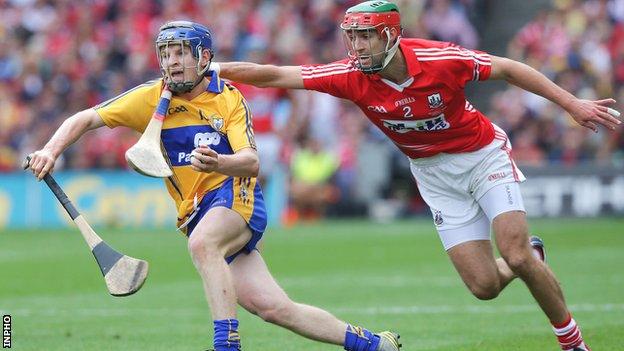 Clare led 0-12 to 0-10 at the break with Colin Ryan firing over five points for the Banner county.

Patrick Horgan's point put Cork ahead in injury-time but O'Donovan ensured the final would go to a replay.

Clare opened up a four-point lead in the first half but Cork were just two back at half-time, thanks mainly to seven points from Horgan.

The Banner team piled on the points while Cork replied with goals, first from Lenane and the goalkeeper Nash.

Nash had another chance to net but his penalty was deflected onto the crossbar by O'Donovan.

Cronin added a third Cork goal and the teams were level going into added time.

Horgan edged the Rebels in front for the first time, only for O'Donovan to secure Clare a replay on Saturday, 28 September.