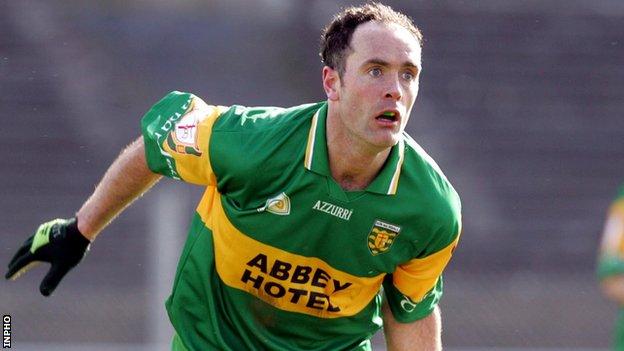 The new trio all come from different geographical areas of the county.

Diver is from Ardara with Duffy attached to Aodh Ruadh and McGonigle hailing from Inishowen club Buncrana.

Interestingly, Diver last week rubbished suggestions that he was in line to join Donegal's managerial set-up.

The Ardara man was in the frame to join the backroom team as defensive coach after McGuinness's initial appointment in 2010 but had to opt out because of other commitments.

Duffy, who was a Green Party candidate in the Republic's 2011 general election, burst on to the Championship scene by scoring a goal against Armagh in the 1993 Ulster semi-final and played alongside McGuinness in the 1998 provincial final defeat by Derry.

The Aodh Ruadh club-man is now based in Killygordon while McGonigle is current chairman of Buncrana having previously managed his club.

McGuinness's future as Donegal boss had appeared in some doubt after his team's heavy All-Ireland quarter-final defeat by Mayo.

However, the Donegal county board announced on 14 September that the Glenties man had agreed to remain on in the job.

A day later, McGuinness appeared to indicate that there would not be any major change to his backroom team but news of the shock departures of assistant boss Gallagher, selector Maxi Curran and kit-man Francie Friel then emerged.

There has been speculation that Gallagher and Curran cited family and work commitments as the reasons for their departures although this has not been confirmed.

When questioned about the issue on Tuesday, McGuinness refused to elaborate on Donegal county board's original brief statement which said that the manager had opted to make changes to his backroom team.

Fermanagh man Gallagher was invariably in close consultation with McGuinness during games and is regarded as an exceptional tactician.

Downings man Curran's role in the management team has included being responsible for video analysis in addition to acting as one of McGuinness's selectors.

Curran took charge of Donegal for this year's McKenna Cup campaign when the majority of the senior squad were not involved.