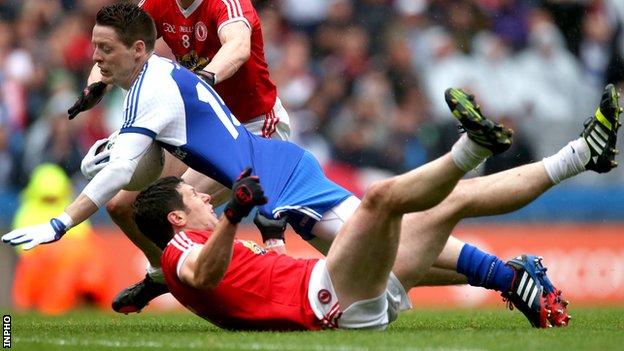 Six players from Ulster champions Monaghan are among 45 players nominated for the 2013 GAA Football All-Stars.

They are joined by Cavan trio Killian Clarke, Cian Mackey and Martin Dunne and Donegal's Colm McFadden, while All-Ireland champions Dublin have 12 named.

The Dubs have the highest representation, followed by All-Ireland runners-up Mayo with 10.

Dublin players Michael Darragh Macauley and Stephen Cluxton, and Mayo's Lee Keegan will contest the Player of the Year title.

The Young Player of the Year award will be chosen from Dublin duo Jack McCaffrey and Paul Mannion, and Mayo's Cillian O'Connor.

The final selection will be announced at the All-Star banquet at Croke Park on Friday, 8 November.