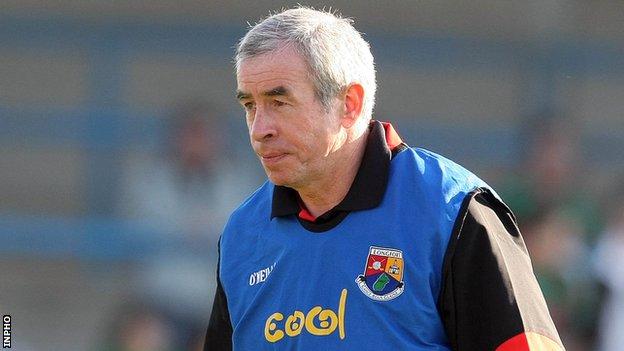 McGrath, who guided the Mourne county's seniors to Ulster and All-Ireland titles in 1991 and 1994, was in his second spell as boss of the Under-18s.

In his first spell he enjoyed All-Ireland Minor success in 1987.

Down's county board paid tribute to McGrath's work with the Minors but said they had opted to appoint a new manager for 2014.

However, they added that did not have anyone identified as a possible successor to McGrath.

McGrath, a retired teacher from Rostrevor, managed the Ireland team in the International Rules Series matches against Australia in 204 and 2005.