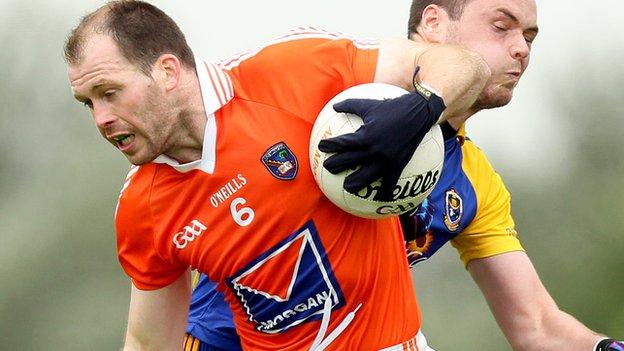 Ireland International Rules manager Paul Earley has made two changes to his panel for Saturday night's second Test with Australia at Croke Park.

John Doyle re-joins the match-day panel and takes the place of Aidan O'Shea, who is involved in the Mayo SFC final.

Initial fears that he would miss the game were eased when scan results showed bruising to the bone, but no ligament damage.

McKeever re-joins the panel after missing the Breffni Park opener as he was part of the Cullyhanna side which lost to Crossmaglen in the Armagh county decider.

The inclusion of Derry dual player Chrissy McKaigue comes as something of a surprise as his club Slaughtneil will play Loughgiel in the Ulster Club Hurling final on Sunday.