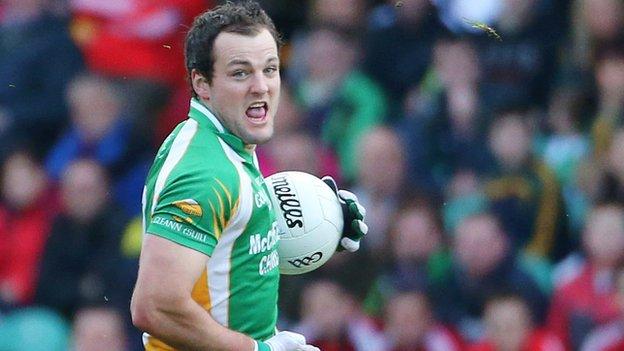 Michael Murphy's first-half penalty proved to be crucial as his Glenswilly side beat St Gall's 1-10 to 0-10 in the Ulster Club quarter-finals.

Murphy was himself fouled and Ireland's International Rules captain fired high past Chris Kerr to help the Donegal men to a 1-5 to 0-4 interval lead.

St Gall's had led by four points to two in the early stages.

Murphy's goal and two points by Gary McFadden swung the tie for Glenswilly to reach their first Ulster semi-final.

"St Gall's had most of the possession early on and we just hung in there," said Murphy.

"Thankfully we had a wee five-minute purple patch just before half-time and to go in leading was a huge boost to us.

"We defended resolutely in the second half and the rub of the green went for us."