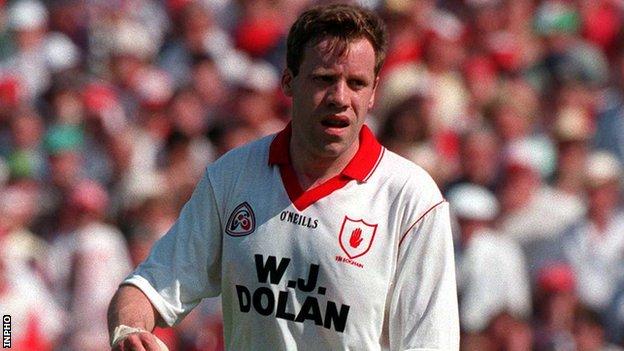 Former Tyrone midfielder Fergal Logan has been appointed manager of the county's Under-21 football team.

He will be assisted by double All-Ireland winning captain Brian Dooher.

A solicitor by profession, Logan has achieved a high profile in the GAA world by representing players in disciplinary hearings.

The Red Hands, without an U-21 Ulster title since 2006, have been drawn to meet the winners of the tie between Derry and holders Cavan in 2014.

They still head the roll of honour with 11 titles, and have won the All-Ireland title on four occasions, two more than any other Ulster county.

In July, Raymond Munroe and Cathal McAnenly stepped down after three seasons in charge of Tyrone's Under-21s.

Meanwhile, the draw has been made for the 2014 McKenna Cup.

Holders Tyrone are joined in Section A by Queen's University, Donegal and Armagh.

Section B comprises St Mary's, Fermanagh, Monaghan and Derry while UUJ, Down, Antrim and Cavan make up Section C.