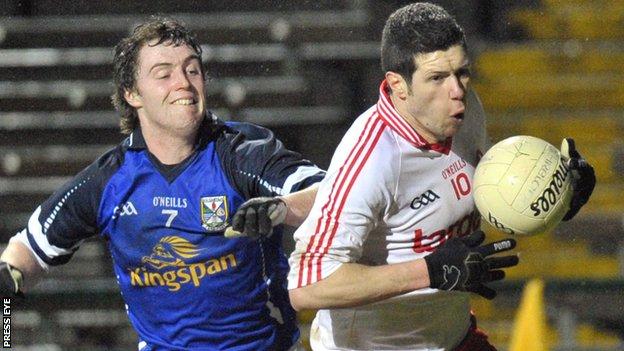 The date for the rescheduled Dr McKenna Cup final between Tyrone and Cavan has been put back a week to Wednesday, 19 February at 20:00 GMT.

The decider was postponed on Saturday because of a waterlogged Brewster Park pitch and rearranged for 12 February.

However, this is now unsuitable because of national fixtures including the national league, inter-provincial championship and Sigerson Cup.

A venue for the McKenna final has yet to be confirmed.

Mickey Harte's Tyrone side are chasing a third straight success in the provincial competition.