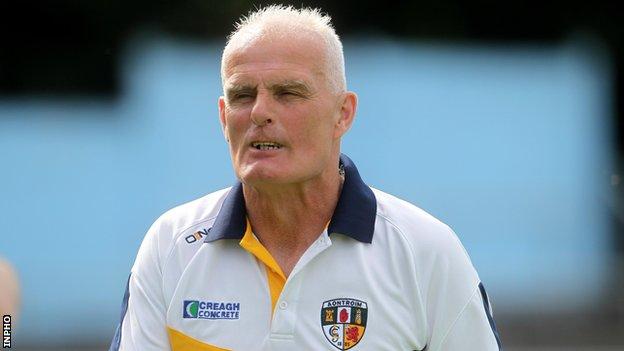 Antrim fell to a five-point defeat at the hands of Leitrim in their opening Football League Division Four game at Carrick-on-Shannon.

The Saffrons failed to take advantage of playing with the wind in the first half and trailed 1-8 to 0-3 at half-time, Tomas Byrne scoring the goal.

Niall McKeever reduced Antrim's deficit to 1-9 to 1-4 when he palmed the ball into the net after a rebound.

Antrim had Marty Johnston and Conor Murray red-carded late in the game.

Early points from Paddy Cunningham and Tomas McCann kept Liam Bradley's side in touch but that goal from full forward Byrne with the aid of a deflection off an upright boosted Leitrim.

The visitors shook off their lethargy in the second half and captain McKeever's goal moved them to within five points, but the eventual winning margin was eight.

"We have no complaints - we weren't up for the fight and we didn't get off the bus in the first half," lamented Bradley after the game.

"We demanded pride and passion in the jersey in the second half and we were by far the best team after the break.

"We were totally dominant and we must take that spirit into our next game against Wicklow next week."