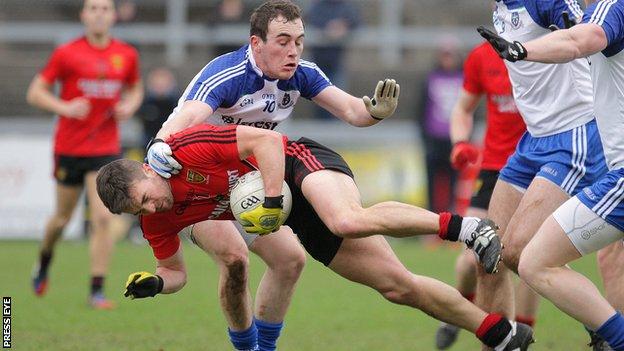 Down mounted a spirited second-half comeback to force a draw against Ulster champions Monaghan who had led by six points at half-time in Newry.

Monaghan prospect Jack McCarron scored five points in a first half which ended with his side leading by 0-10 to 0-4.

After Maginn's goal, Down added six points in a strong finish to the game.

"We got ourselves into a great possession and extended our lead to nine, but we gave away a sloppy goal which gave Down a bit of renewed life," said Monaghan manager Malachy O'Rourke.

"That goal was the turning point and towards the end we were hanging on a bit.

"We are disappointed not to win but Down came back well and we just have to take the draw.

"We are happy with the way the way the boys applied themselves and at least we got something from the game."