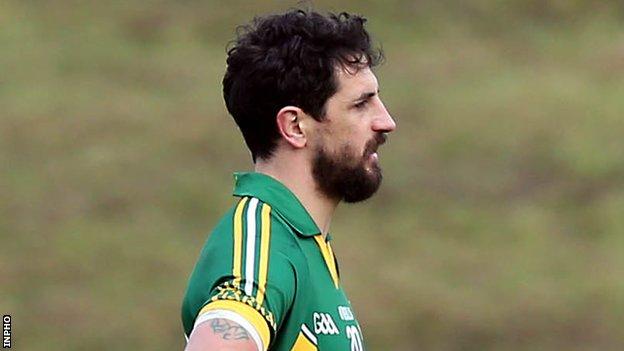 The 34-year-old was named in the Kerry subs for Saturday's League opener against Dublin but did not tog out.

Kerry manager Eamon Fitzmaurice, who is Galvin's brother in law, said after the match that the veteran had said that he would be unable to give the necessary commitment to the Kingdom squad.

In addition to his All-Ireland medals, Galvin earned three All-Stars.

Galvin was also named Footballer of the Year in 2009.

Renowned as a passionate competitor, then Kerry skipper Galvin was handed a six-month suspension in 2008 for knocking a notebook out of referee Paddy Russell's hands during a Munster SFC game against Clare.

Galvin described the controversial incident as a moment of "frustration" and the ban was later reduced to 12 weeks.

The forward's suspension ended the day before the All-Ireland Final against Tyrone and he did come on as a substitute as the Kingdom lost the decider.

Always a colourful character, Galvin was known for his interest in fashion which led to him studying the subject and he also became involved in GAA punditry and other media work.

In a statement confirming his retirement, Galvin said that wearing the Kerry Jersey had been a "privilege".

"I would like to sincerely thank the Kerry county board and Kerry Group for their support over the years, the four managers I played under for placing their faith in me, my family, and of course, the proud Kerry supporters who demanded our best at all times," said Galvin.

"More importantly I want to thank all my team-mates for your heart and friendship over the years.

"I learned more from you than anyone and I am grateful for the opportunity I got to play with some of the best players to ever play the game.

"Having discussed it with the management during the week we felt it best to announce it after tonight's game.

"Finally I want to thank Eamon and wish him, the management team and my brothers on the Kerry team the very best luck for 2014."

Galvin's decision leaves only five members of the last Kerry All-Ireland winning team in 2009 still left on the inter-county stage.