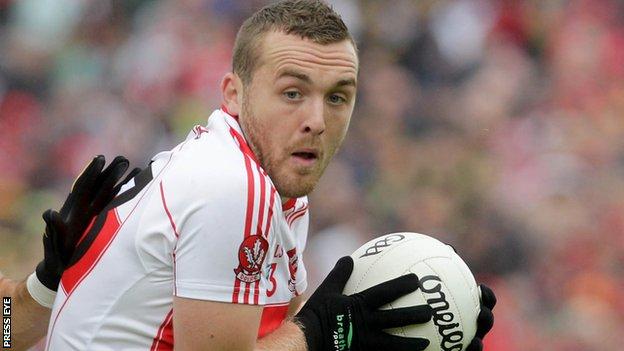 Derry produced an impressive team display in Killarney to beat Kerry and make it three points from a possible four in Division One of the league.

After being three points down after just five minutes, the Ulster county recovered to lead by seven points to six at the interval.

The accuracy of Magherafelt's Emmett McGuckin was key as Derry got the win.

"It is not too often you come to Killarney and get a result," said a delighted Derry boss Brian McIver.

"To face Tyrone and Kerry in our first two games was tough. It was a big step for a young side coming out of Division Two.

"Over the course of the game, I thought we deserved to win.

"For six minutes we hardly got our hands on the ball - we were three down and Kerry were flying.

"But then we worked some fine scores."

Mark Lynch, Sean Leo McGoldrick, Enda Lynn, Kevin Johnston, Ciaran McGoldrick and James Kielt (2) were responsible for the scores which had Derry a point up at the interval.

The sides were then tied on nine points each, but McGuckin, Kielt, Lynn, Lynch and Benny Heron got the scores to see the Oak Leafers seal their satisfying two-point success.

Having come from seven points down to draw their opening game against Tyrone, Derry are sitting nicely on three points going into the league's three-week break.