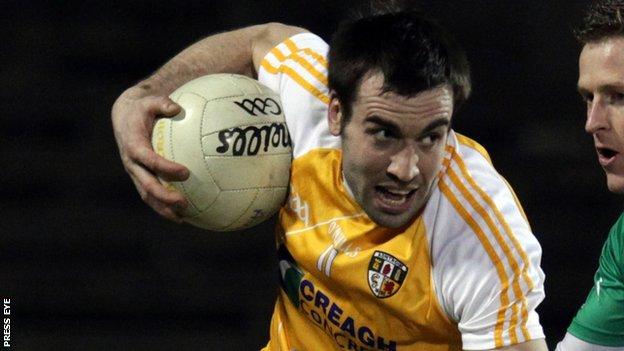 Kevin Niblock is back in Antrim's panel as the county attempts to recover from a poor start in the Football League.

Niblock signed a one-year deal with soccer club Cliftonville in December but has failed to make the first team.

The forward will train with the Saffrons, who have lost their first two league games, one night a week and another evening with Cliftonville.

However, defender Kevin O'Boyle is out for up to six weeks after chipping a bone in a heel at the weekend.

O'Boyle sustained the injury during the 3-9 to 1-13 defeat by Wicklow in Ahoghill on Sunday.

Saffrons boss Liam Bradley hopes to have Niblock back in action before the end of the league campaign.

Antrim's next game in Division Four is on 2 March against Waterford.