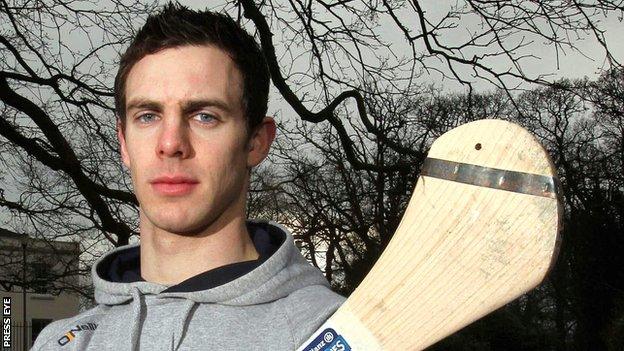 With major redevelopment work planned for their usual Casement Park HQ in Belfast, the Saffrons will be playing at Pairc MacUilin in Ballycastle.

Their first home match is against Wexford on Sunday, 16 February.

"Ballycastle is a super facility with a great pitch and we are delighted to be playing there," said McManus.

"We are hoping for a massive Saffrons support.

"North Antrim hurling fans may have been more inclined to stay at home when the games were at Casement.

"But I think they will be there in their droves on Sunday and the support we get from the Belfast clubs will travel down to Ballycastle as well. It could be double the normal attendance."

Antrim have been buoyed by the news that two of their Loughgiel players are likely to be involved in the Division 1B clash with Wexford.

Loughgiel's All-Ireland Club Championship quest ended last weekend in semi-final defeat by Mount Leinster and their county stars were not expected back in action for another week.

However, goalkeeper Chris O'Connell and wing-back Odhran McFadden are believed to be in line to play on Sunday.

Other Loughgiel players will join up with the county panel after the Wexford fixture.

McManus, who recently led Antrim to victory in the much-delayed 2013 Ulster final, said a good league showing could define the county's season.

"It is very important because a strong league campaign sets you up for the Championship," McManus said at Wednesday's hurling league media launch.

"Last year we just about stayed up. This time we are hoping to be more competitive and to win more games."