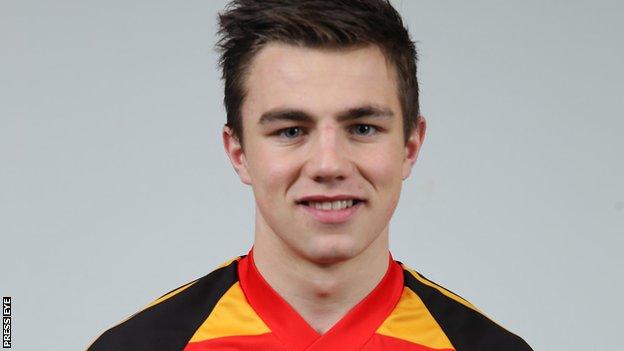 Abbey came from four points down in injury-time to force a 2-13 to 2-13 draw against St Patrick's Dungannon in the opening MacRory Cup quarter-final.

The Newry school led 1-9 to 1-4 at half-time but Dungannon then looked to have earned a comeback victory.

However, a Conor McCoy goal and a Conor Doyle free earned Abbey a replay.

McCabe's 14th-minute goal had helped the Tyrone school move 1-3 to 0-4 ahead but their lead was shortlived as Rafferty netted at the other end within a minute.

Abbey dominated the remainder of the opening period to move into a five-point advantage by half-time.

But the Academy came out rejuvenated after the break and McGlone's goal brought the sides level at 2-6 to 1-9.

Tiarnan Daly then edged St Pat's ahead before Donal McAleenan finally got Abbey scoring again with a levelling point.

However, five unanswered points helped Dungannon lead by four with 10 minutes left and the margin was again that when the game entered injury-time.

But Abbey summoned up a big finish as McCoy's goal was followed by Doyle's levelling free to end a thrilling contest.

The date for the replay has yet to be announced.