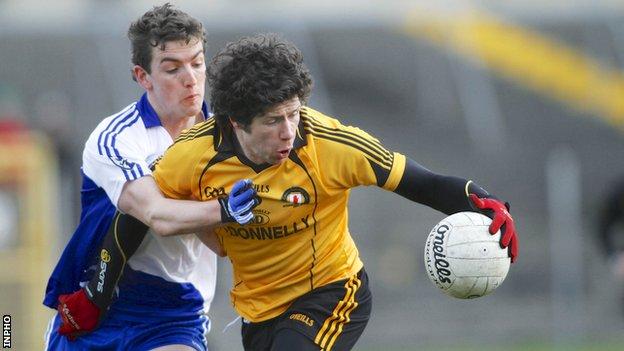 Connacht earned their first Football Inter-Provincial title in 45 years as they earned a surprisingly comfortable 15-point win over Ulster at Tuam.

Joe Kernan's Ulster side were aiming for a third successive title but Connacht always held the edge.

Colm Cavanagh's 33rd-minute goal helped Ulster lead 1-5 to 0-6 at half-time but they had played with a strong wind.

A crowd of in the region of 500 watched the match as 11 Connacht players got on the scoresheet.

Cavanagh's goal - after Robert Hennelly had saved Michael Murphy's initial shot - put the visitors 1-5 to 0-4 ahead but Connacht finished the half strongly with two pointed frees by the Mayo goalkeeper.

A Niall Morgan extended Ulster's lead to three after the restart but they would only score one further point.

Cathal Cregg led the Connacht charge with three second-half points from play and Conroy's goal three minutes into the half handed John Tobin's side a lead they wouldn't relinquish.

Hennelly, Keith Higgins, Sean Armstrong and Kevin McLoughlin added further points to open up a 1-12 to 1-6 lead as the game entered the final quarter.

Conor McManus cut the gap with his third point after 56 minute but Connacht replied with an unanswered 1-7 including Kelly's 64th-minute goal.