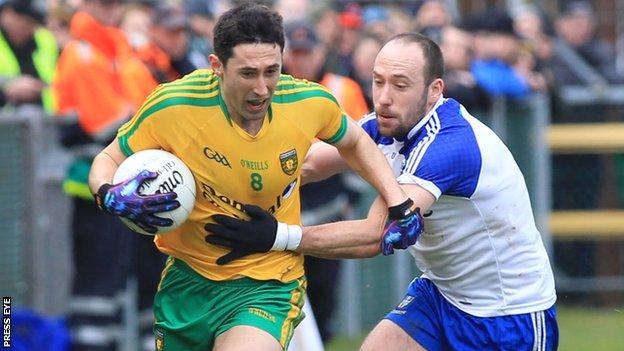 Donegal maintained their 100 per cent start to their Division 2 campaign as they comfortably accounted for Ulster champions Monaghan at Letterkenny.

Conor McManus was Monaghan's only first-half scorer as Donegal led 2-4 to 0-4 at the interval.

Monaghan never got closer than six in arrears during the second period.

McNiallais, Declan Walsh and Patrick McBrearty were among the Donegal scorers in the second half.

The win moves Donegal back to the top of Division 2 - a point ahead of Down - while Monaghan drop three points off the pace after their first defeat of the league campaign.