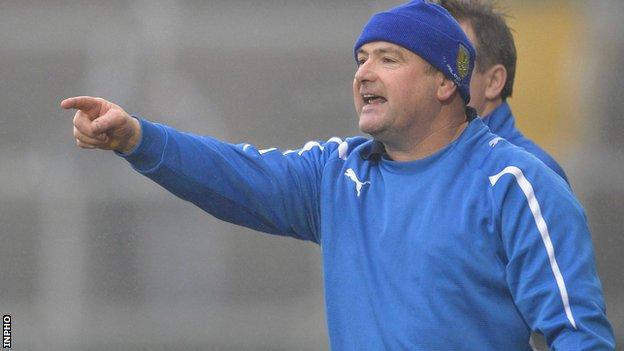 Ballinderry manager Martin McKinless and his assistant Fabian Muldoon will not seek re-appointment to their positions for the 2014 club season.

A statement from the Derry and Ulster club champions confirmed that the pair had decided to step down in the wake of their All-Ireland semi-final defeat by St Vincent's in Newry last month.

The duo led Ballinderry to three Derry titles in a row and an Ulster title.

The club offered "sincere appreciation for their commitment and dedication".

St Vincent's secured a 2-14 to 1-13 victory over the Ulster champions to book a place in the St Patrick's Day decider.

After the match, McKinless hinted that he was considering calling it a day.

"I've been there a long time and maybe it's time someone else took the reins," he said after the game.