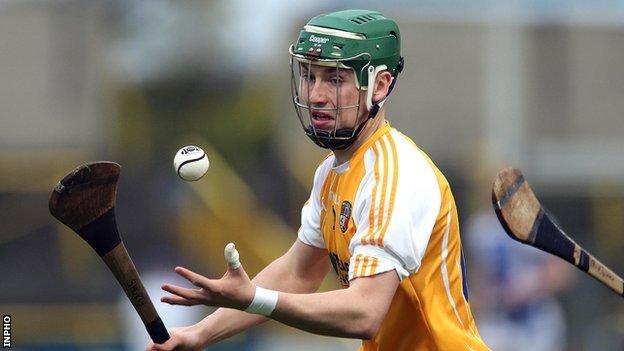 Westmeath led by four points after five minutes but a succession of points from the prolific Paul Shiels, mostly frees, brought Antrim back into the game.

The Saffrons led 0-12 to 1-8 at half-time, before the visitors were reduced to 14 men after having a man sent-off.

Another Westmeath goal helped them move to within three points but Shiels kept the Antrim scoreboard ticking over.

Kevin Ryan's side face Carlow in their next fixture on Sunday 4 May.