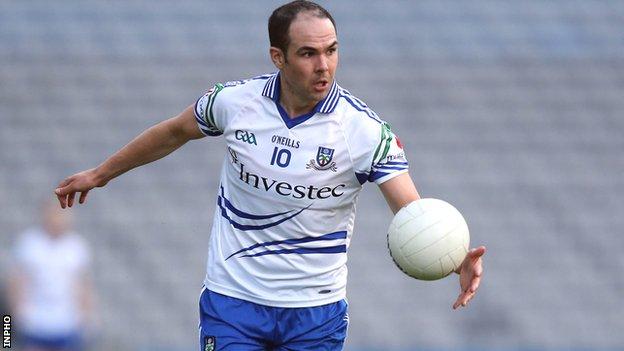 Paul Finlay is one of four players brought into the Monaghan side for Sunday's Football League Division decider against Ulster rivals Donegal.

The experienced Finlay joins Owen Lennon in a new midfield pairing with Dick Clerkin and Peter O'Hanlon the duo to make way.

Doogan suffered a broken foot in a club game earlier this month.

The Magheracloone clubman is also a doubt for the Farney team's Ulster SFC quarter-final with Tyrone or Down in seven weeks.

Donegal defeated Monaghan 2-11 to 0-10 in their league encounter at Letterkenny last month.

However, Monaghan will have memories of beating the 2012 All-Ireland champions in last year's Ulster SFC final.