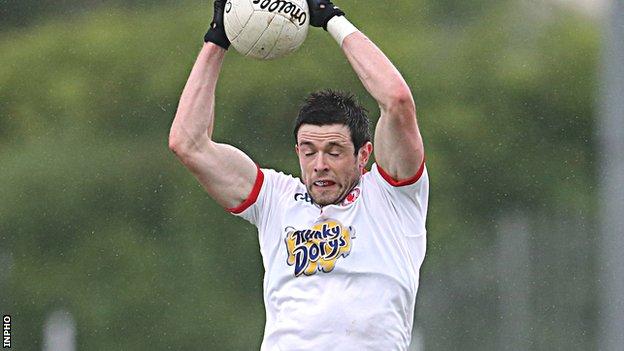 Tyrone defender Conor Clarke has confirmed that he will miss the rest of this year's Championship because of a knee injury.

Clarke had a scan after being injured while playing for his club Omagh St Enda's against Coalisland.

On Tuesday he revealed the extent of the injury.

"Not the summer I had planned. Devastated to find out I have ruptured my cruciate. Few tough months ahead but I'll get there," he said on Twitter.

Clarke collapsed after an innocuous challenge in Saturday's club fixture at Carrickmore.

He received medical attention before limping off with the knee bandaged.

Tyrone boss Mickey Harte was angry that club championship matches went ahead at the weekend - just two weeks before the county's Ulster quarter-final against Monaghan.