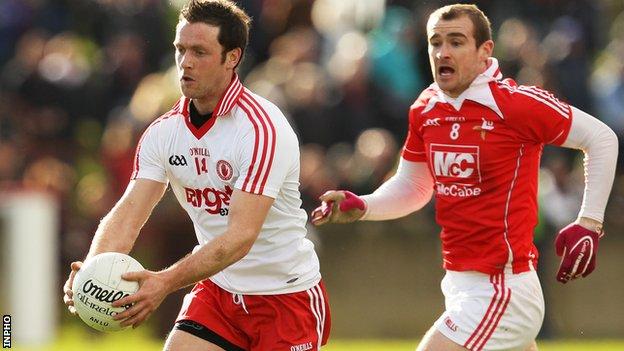 Tyrone and Cavan will play their All-Ireland SFC first-round qualifiers on Saturday while there is a Sunday throw-in for Down.

The Reds Hands will take on Louth at Healy Park with the game starting at 14:30 BST while Cavan host Westmeath at Breffni Park 30 minutes later.

Down also have home advantage for their qualifier against Leitrim, with a 14:00 throw-in at Pairc Esler.

It is the second batch of qualifiers following the weekend action which saw a shock All-Ireland exit for Derry at the hands of Longford.

Fermanagh were also defeated, the Erne county going out of the qualifiers after losing 1-19 to 2-15 to Laois.

All-Ireland SFC round 1B qualifiers