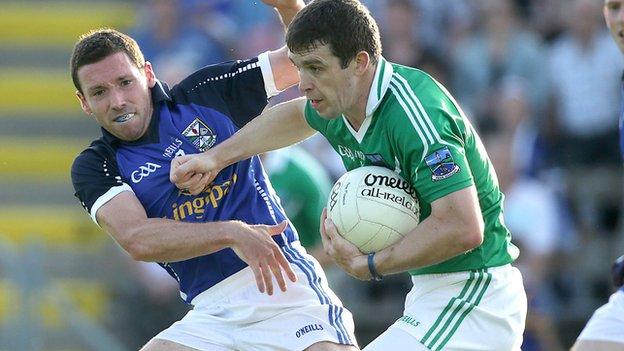 Fermanagh's two-time football All Star Barry Owens has retired from inter-county football at the age of 32.

Owens was named All Star full-back in 2004 after helping his County reach the All-Ireland Football semi-finals where were beaten in a replay by Mayo.

He earned a second All Star two years later and returned to the county side after heart surgery in 2008.

In recent times, he has been switched to the Fermanagh full-forward line on occasions and scored a crucial goal in the Ulster Championship win over Derry in 2008 as the Erne County made their way to the provincial decider, before losing after a replay against Armagh.

After missing this year's McKenna Cup campaign and the early stages of the League campaign after his wife gave birth to twins, Owens rejoined the Fermanagh squad in mid-March but he now has called time on his inter-county career.

Owens. who made his Fermanagh senior debut in 2001, has been bothered by injuries during his career which included a cruciate ligament injury in 2008.

The Teemore man's former Fermanagh team-mate Shane McCabe was among those who paid tribute to Owens as new of his retirement broke.

"What a player Barry Owens was for Fermanagh. Delighted to have played with him in green," said McCabe on Twitter.