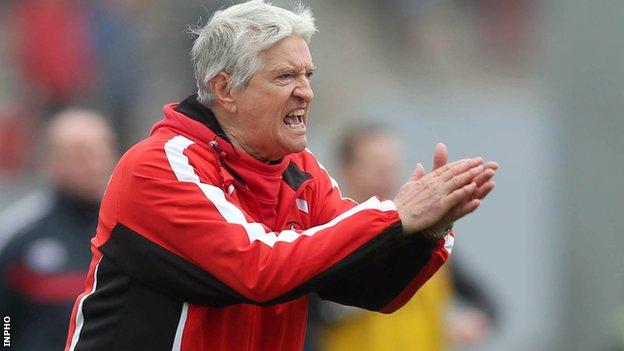 Brian McIver has confirmed that he will remain as Derry boss after speculation over his future in the wake of the shock qualifier defeat by Longford.

Derry reached the Division One final in April although their championship ended in the first round of qualifiers.

"When we took the job as a management team we said there was no quick fix and there is still no quick fix," McIver told the Irish News.

"We have made progress but we also know we got things wrong."

Derry were beaten by Donegal in the Ulster SFC quarter-finals before their early All-Ireland exit at the hands of Longford last weekend.

McIvor added: "To bring young players through you are looking at a three to five year programme, at the very least.

"After our two years, while we are very disappointed with the result on Saturday evening, we have to put that into context."