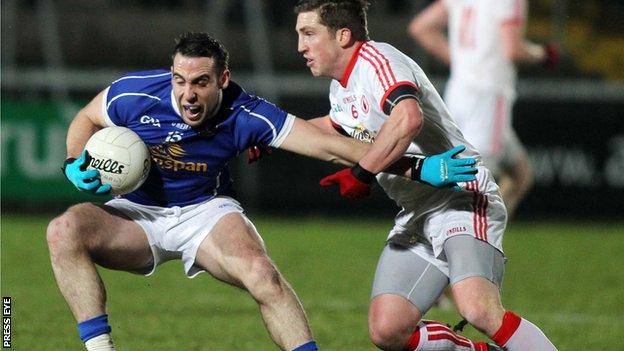 Eugene Keating returns to the Cavan attack for Saturday's All-Ireland qualifier against Roscommon.

Keating takes David Givney's place at full-forward, having replaced him during the second half of Cavan's narrow qualifier win over Westmeath.

Fergal Flanagan returns from a one match suspension and takes over from Killian Brady in the fullback line.

Terry Hyland's Breffni blues won when the sides met during the group stages of the League earlier in the season.