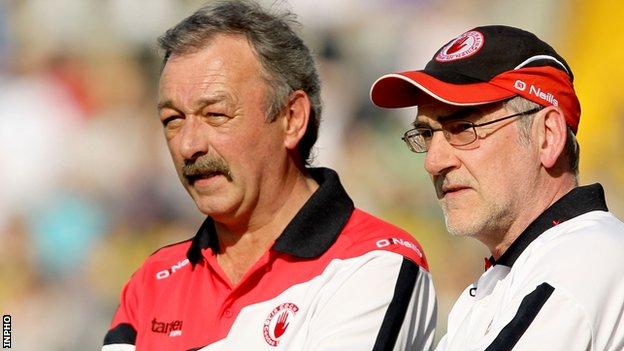 Donnelly and McCann have been part of the county management set-up under Mickey Harte from 2005.

Tyrone won the All-Ireland title in the same year and again in 2008.

"I wish to thank both men for their loyal support during the challenges we have faced over the past 10 seasons," said manager Harte.

He added: "They have given great service to Tyrone and to myself during their tenure and I wish both the best for the future."

The pair leave after a disappointing championship campaign for Tyrone, losing to Monaghan in the Ulster SFC before an All-Ireland qualifier defeat by Armagh.

"The GAA in Tyrone owe a debt of gratitude to Tony and Fergal for their work over the past decade," he said.

"Since becoming involved with the Senior Team in 2005, both played a major role in all our successes."