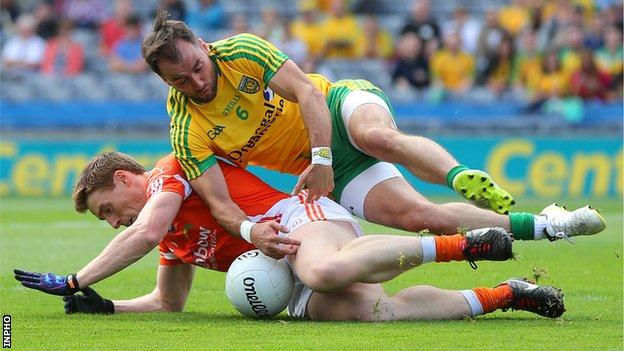 Donegal defender Karl Lacey appears to be a fitness doubt for the All-Ireland Football semi-final against Dublin on 31 August.

Lacey picked up a hamstring injury early in Donegal's narrow quarter-final win over Armagh on Saturday.

The Four Masters man played on to the finish but he is now receiving regular treatment on the injury.

Lacey's return to something approaching his best form has been key to Donegal's re-emergence this summer.

He was named Footballer of the Year after Donegal's All-Ireland triumph in 2012 but his 2013 campaign was badly affected by injury.