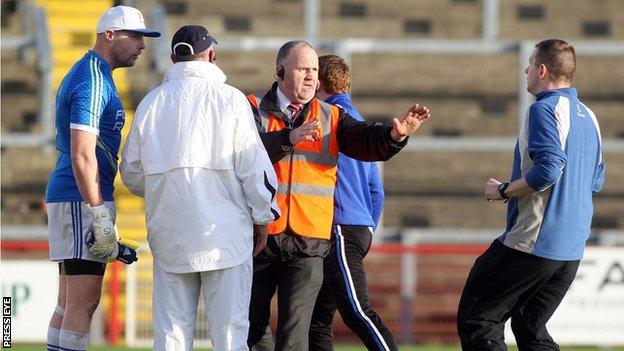 The Derry County Board will investigate the ugly scenes which followed Slaughtneil's senior football final win over Ballinderry at Celtic Park.

Match officials, including referee Antony Campbell, were jostled and pushed by spectators after Slaughtneil were awarded a disputed late goal.

The Derry Board have confirmed that they now await the referee's report.

Any incidents highlighted in it will then be investigated by the competition's control committee.

Ballinderry were seconds away from a fourth straight title when the game erupted into controversy.

Gerard Bradley swiped the ball towards goal and the umpire at the post signalled that it had crossed the line for a match-winning goal, a decision accepted by Campbell.

Tempers then flared at the re-start and in the melee following an ugly challenge, Ballinderry's Gareth McKinless was sent-off.