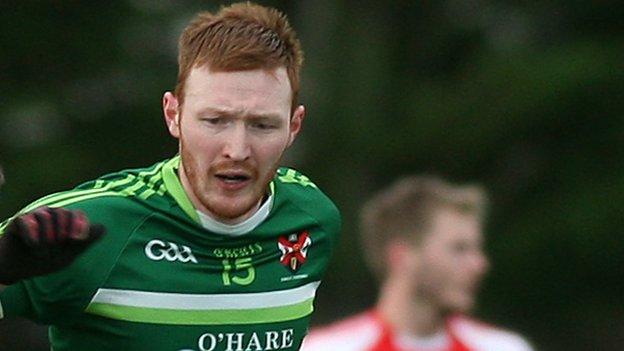 Queen's University were knocked out of the Sigerson Cup on Wednesday night as IT Sligo won 1-9 to 0-8 after extra time in freezing conditions at the Dub.

Points from Evan Regan and Daniel McKenna proved key, as IT Sligo held the hosts to just one point in the decisive second period of extra time.

IT Sligo will now meet Sigerson Cup weekend hosts UCC in the second round on 11 February.

Managed by former cavan boss Martin McHugh, the visitors started brightly, with a goal from Mayo's Evan Regan to ensure a 1-1 to 0-1 lead after five minutes.

Queen's were dealt an early blow, with the loss of Caolan Daly on a black card.

The hosts dominated the scoring for the remainder of the half with O'Hanlon kicking all four points to draw level by the 23rd minute, before a Regan pointed free ensured a 1-2 to 0-4 interval lead for IT Sligo.

Scores continued to be at a premium on the restart, but Queen's dug deep, with an excellent long-range point from O'Hanlon ensuring a 0-6 to 1-2 lead as the game entered the final quarter.

The Belfast side continued to impress, with O'Hanlon bagging his fifth point to ensure a 0-7 to 1-2 lead in the 48th minute.

Sligo never gave up, though, and following scores from Regan and Cathal Mulryan, levelled the tie with eight minutes remaining.

Defences stood firm, with neither team producing a further score.

Tied at 0-7 to 1-4 heading into extra time, this game continued to prove tight on the score-board, with Tony Donnelly edging Queen's ahead, but IT Sligo quickly equalised.

Queen's could have led at the break, but for a late Ryan Murray penalty miss.

On the restart, the sides quickly traded scores, but a Regan pointed free in the 72nd minute handed IT Sligo a lead that they wouldn't relinquish.