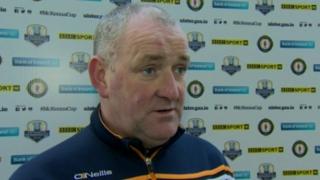 The Saffrons produced an impressive wind-assisted first half to carve a 1-12 to 1-5 interval-lead at Carrick-on-Shannon and they held firm in the second half to earn a 1-18 to 1-13 win.