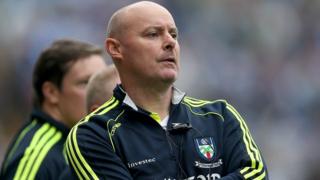 Monaghan manager Malachy O'Rourke praised the character of his team in securing a 0-9 to 1-4 win over Donegal in Sunday's Football League clash at Letterkenny.

Donegal led by two points in the second half before Monaghan fought back to defeat the Ulster champions.

The result leaves Monaghan fifth in Division One and level on points with Donegal, Tyrone and Kerry.