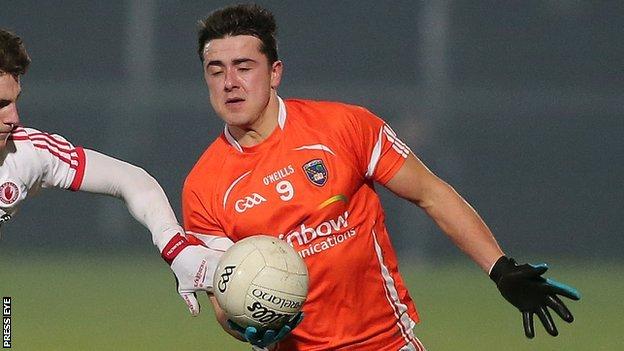 Armagh are set to be at full strength for the Football League Division Three final with Fermanagh on 25 April after Stefan Campbell returned to training.

Campbell has lined out at midfield and at full-forward for the Orchardmen.

He played the opener against Tipperary and scored seven points in the win over Wexford, before suffering the injury.

He sustained the freak injury when he over-balanced during training, forcing him out of the games against Limerick, Fermanagh, Clare, Louth and Sligo.

Campbell has returned to training with Kieran McGeeney's squad as they seek to end a successful campaign by winning the Division Three final against their Ulster rivals.