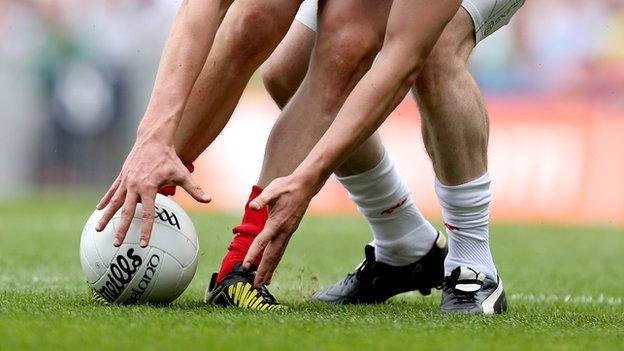 The Gaelic Players' Association says it is assisting a GAA player, believed to be from Monaghan, who has allegedly failed an out-of-competition drug test.

The Irish Sports Council's Anti-Doping Unit is understood to be conducting an investigation after the player tested positive for steroids.

The test took place in February and the GPA referred to the player, thought to be in his 20s, as "a trial panellist".

"The GPA is providing him with personal and professional support," they said.

"The GPA is currently advising a GAA player who has had an adverse finding as a result of an out-of-competition drug test in February of this year," read the statement released by the GPA on Sunday.

Under the GAA's anti-doping procedures the Irish Sports Council (ISC) has informed Croke Park of its findings and the matter is now with the association's Anti-Doping Hearings Committee (ADHC), an independent body that enforces the ISC anti-doping rules within the GAA.

The player is unlikely to have his hearing concluded for a number of weeks following the ISC investigation.

Just last week, the Irish Sports Council announced plans to implement blood testing for GAA players as urine testing, in and out of competition, is the method currently in place.