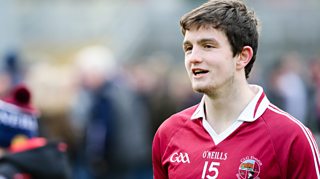 Slaughtneil are one game away from completing an unprecedented treble of All-Ireland club final appearances in football, camogie and hurling.

The Derry club have already advanced to the deciders in football and camogie and the hurlers play Dublin champions Cuala in Saturday's All-Ireland SHC semi-final at the Athletic Grounds (15:00 GMT).

Slaughtneil lost the 2015 Ulster hurling final to Antrim's Cushendall by a point after extra time, having also suffered provincial defeats to Cushendall in 2014 and Loughgiel in 2013.

They won a first provincial SHC title with a 2-14 to 1-13 win over Loughgiel last October.