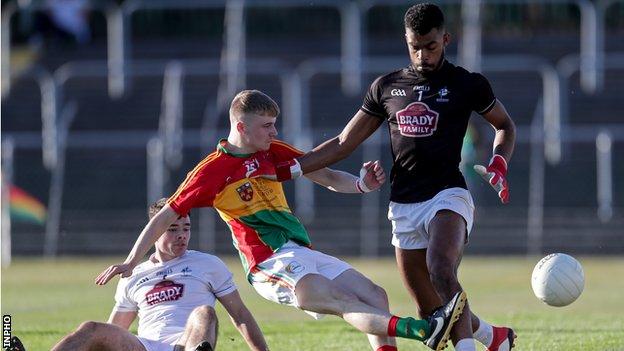 You can find your local club in Northern Ireland on the Gaelic Athletic Association website. Gaelic football in England, Scotland and Wales is overseen by the Provincial Council of Britain GAA.

What to expect when I start?

Are you inspired to try Gaelic football? Or maybe you are a keen enthusiast already? Get in touch and tell us your experience of the activity by tweeting us on @bbcgetinspired, visiting us on Facebook or email us on getinspired@bbc.co.uk.