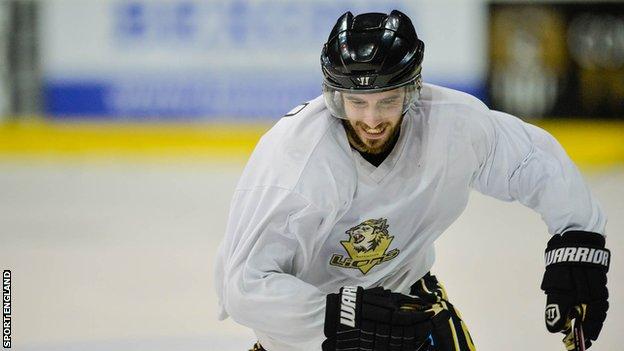 Find Ice Hockey clubs and rinks near you by visiting the English and Welsh, Scottish, or Irish Ice Hockey Association websites. In Northern Ireland, the Belfast Giants are an elite team, but they have a junior section too.

What is ice hockey?

There are two teams of six and skaters use their sticks to shoot a rubber disc, called a puck, into the opponent's net to score a goal. The team with the most points scored at the end of three 20 minute periods wins.

What to expect when I get there?

Are you inspired to try ice hockey? Or maybe you are a keen enthusiast already? Get in touch and tell us your experience of the activity by tweeting us on @bbcgetinspired, visiting us on Facebook or email us on getinspired@bbc.co.uk.

All clubs need a chair, secretary and treasurer to help things run smoothly as well as officials, coaches and judges. Whatever role you're interested in, Join In has opportunities to volunteer in your area.