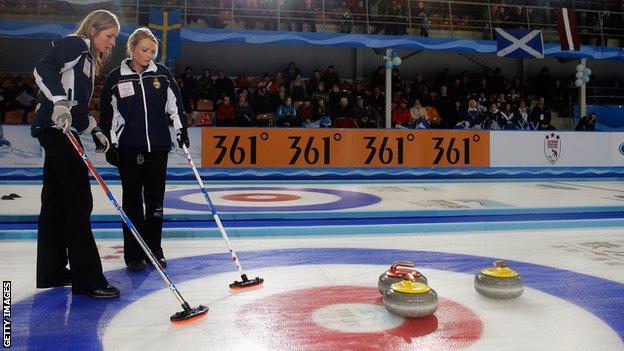 Looking to get into sport in Scotland?

On this page you can find out where to go, and who to speak to, to get started in dozens of sports across Scotland.

Sport Scotland is the main public body for the development of sport in Scotland.

Are you prepared to brave Scotland's beaches to play one of the more glamorous Olympic sports? Facilities now exist across the UK and not just at the seaside.

A straightforward race across the lake. You can race your friends over 200m, train for a canoe marathon or simply gain the skills for a casual weekend paddle.

Climbing requires a lot of mental concentration and focus, problem solving and mental strength. Many people enjoy it as it allows you to escape everyday worries and just focus on the climb. Climbing also helps improve self-esteem, mental agility and self-awareness, so it's good for general well-being.

Head-first down a chute of ice at motorway speeds - and somehow, Britain are among the world leaders, despite not having a full track in the UK. You can still join in, though. Find out more here.

Get started in synchro