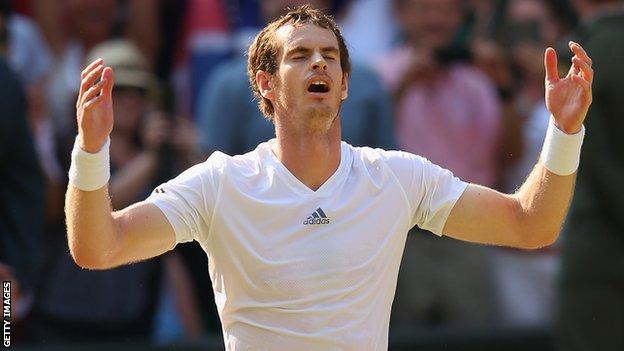 Has the great British sporting summer of 2013 been successful enough to tempt you out of the house?

Andy Murray became the first British player to win the men's singles title in 77 years, while Chris Froome has taken the Tour de France yellow jersey and England lead Australia 2-0 in the Ashes.

Couple that with the warmest weather for seven years and it may seem the perfect summer of sport.

But once you get outside and stuck into some exercise, what is the best way to stay as cool as possible? How do athletes manage to go through, say, a five-set Wimbledon contest and cope with the heat?

Get Inspired spoke to Dr Jamie Pringle, senior physiologist at the English Institute of Sport, who has been involved in sports science and exercise physiology for more than 15 years. Dr Pringle has advised world cycling champions and the British triathlon team.

The key to dealing with the heat at the top end of sport is preparation, he says: "As a scientist we would spend a lot of time working with individual athletes to acclimatise them to the environment ... generally somewhere between five and 10 sessions doing hot exercise in a hot environment.

"Every time that you do that, the body's response is to increase the capacity and ability to exercise in that environment. So you're building that extra acclimatisation and capability which helps athletes to compete successfully in extreme heat."

Translating that back to your average morning jogger means not plunging straight into an hour-long workout in the baking sun if your body isn't used to it. Limit your exposure, take things slowly and gradually build up the work you do in the heat over days and weeks.

In Australia, intense heat is often a problem for athletes of all standards, and the Australian government recently produced a Beat The Heat guide offering similar advice.

"Exercise intensity in training should be appropriate to current fitness and weather," it reads. "For example, moderate intensity and duration for pre- and early-season training of unconditioned players in warm weather."

Have you ever felt fine during a run or cycle, only to quickly find yourself drenched in sweat and feeling too hot when you slow down or stop?

The same thing happens to riders in the Tour de France, because the air flow around you is what helps to keep you cool at speed.

"That's why, with the Tour de France, a rider can be riding along at 40kph and not experiencing any problems with the airflow cooling them down all the time.

"The issue begins when they reach the mountains: they'll be riding a lot slower but still producing the power on the bike that produces muscular and metabolic heat. But because you don't have the same airflow, you heat up a lot more."

Not that every weekend warrior in the UK is going to feel the same effects as Chris Froome on a mountain stage - but scientists at the Institute of Sport find some pieces of advice are effective no matter your standard.

Dr Pringle explains that what you consume before exercise can have a big impact on how you feel during and after - and maybe a cold shower should come before you start, rather than after you finish.

"As a result, your body's capacity to handle the heat of exercise will be reduced because you're beginning from a higher place.

"Over the last few years we've been working on ways to pre-cool the body before competition and before exercise, by simple methods such as getting in a cold bath, or by taking cold water and icy, slushy drinks before exercise.

"Having those in the stomach before beginning exercise allows you to absorb more heat."

So if you fancy yourself as the next Andy Murray or Chris Froome, get your preparation right, build your tolerance of the heat in stages, and use cool fluids before you head out.