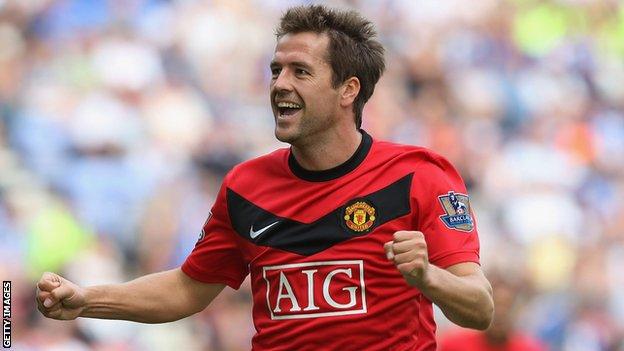 The Football Association is holding a celebration of the game at grassroots level to mark its 150th anniversary.

There will be 150 events showcasing the FA's work in grassroots football.

Former England striker Michael Owen has backed the celebrations, telling BBC Sport: "I wouldn't have had the really enjoyable career I had but for the volunteers at grassroots level."

Owen added: "If I hadn't had the referees, volunteers, managers and coaches right the way through my childhood then I wouldn't be sitting here."

The FA's celebrations dovetail with BBC Sport's campaign to encourage more young people to become involved in sport through its nationwide Get Inspired initiative.

Get Inspired has been designed to build on the interest in sport generated in Britain by the London 2012 Olympics, with the BBC Sport website offering all the details needed to get started in more than 60 sports, ranging from ice hockey to netball and Gaelic football to golf.

The site is also running a series of interviews with leading sports personalities - such as Olympic boxers Natasha Jonas and Anthony Joshua and Southampton footballer Rickie Lambert - examining how they were inspired to take up sport.

At the centre of the initiative, BBC One is broadcasting a monthly show in which Gabby Logan showcases the most inspiring stories in sport.

Saturday's National Football Day will see grassroots football come together to celebrate the nation's favourite game - in addition to honouring Robson, who died of cancer in 2009.

Among the plans put in place by the FA on Saturday is a women's festival at the St George's Park national football centre in Staffordshire, a beach soccer exhibition in Dorset, a Respect course at Netherton United in Peterborough and a tournament and coaching session at AC Paulista FC in Lewisham.

There will also be football fun days at The Bobby Robson Centre in Durham and at Beecham playing fields in Swinton.

The events, being held by county FAs and FA charter standard clubs, will be open to people of all ages and abilities, with the public able to join in everything from tournaments, to skills sessions and coaching workshops. They will be attended by senior FA representatives and leading figures from the sport.

Explaining the reason for naming the day in Robson's honour, an FA spokesman said: "Sir Bobby sums up everything that is great about English football, from elite success - guiding England to their best World Cup showing on foreign soil and top club honours in England, Spain, Portugal and Holland - to his love for the grassroots game and natural affinity with the fan in the street."

Owen, who played for Liverpool, Real Madrid, Newcastle, Manchester United and Stoke City before retiring in May, added: "When you think of Sir Bobby Robson, you think of a national team manager, you think of some great clubs that he's managed over the years and you also think of someone who had time for people and loved the grassroots side of football.

"I can't think of anyone better to give their name to this day.

"The fact that there will be 150 events around the country is a fantastic thing. I've travelled a lot since I retired - to China, Kuwait and other places - and what we've got here is something to be really proud of.

"The opportunities the youth of today have are great, and a day such as this is fantastic. I hope a lot of people have a good time and a lot of good memories.