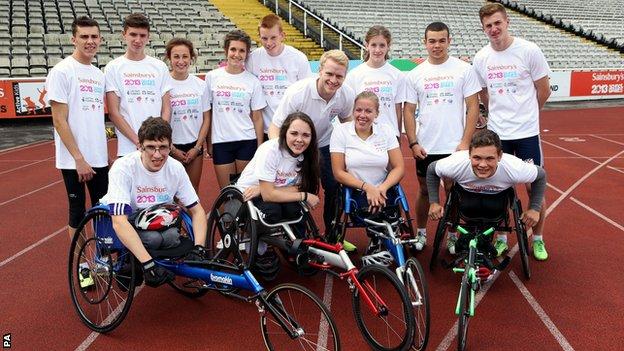 The Sainsbury's School Games, the pinnacle of the school sport pyramid in the UK, will be staged in Manchester for the first time next year.

This year's Games came to a close in Sheffield on Sunday after four days of competition in 12 different sports.

More than 1,600 athletes took part, as well as 700 coaches, officials and volunteers from across the country.

Among the competitors this year was a team from Rio de Janeiro, the hosts of the 2016 Olympics and Paralympics.

A British team has been invited to Brazil's inaugural national school sports championships next year.

Launched in 2006, the UK School Games have provided a valuable first taste of a multi-sport event for many athletes who have gone on to star for British teams at the Commonwealth, Olympic and Paralympic Games.

Manchester's main venues will include many of those built for the 2002 Commonwealth Games, in particular the English Institute of Sport Athletics Stadium and National Cycling Centre.

Former hosts of the event include Coventry, Glasgow and London.