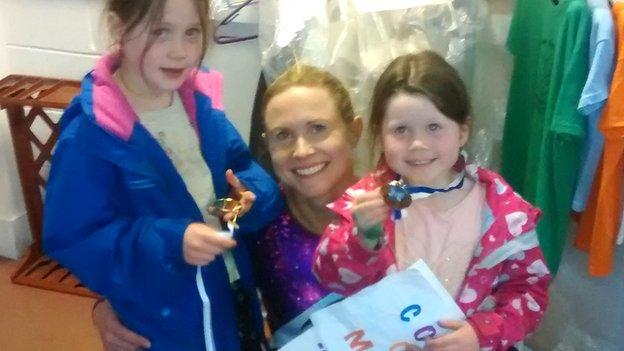 It has been a meteoric and unexpected rise from the comfort of my sofa but, against all the odds, I have somehow become a Scottish gymnastics champion.

I can't quite believe it, because I am a 43-year-old mum-of-three. And until eight months ago, I hadn't taken part in any regular physical exercise for 10 years.

But on Sunday, after two months of training, and in full view of the public, I wore a sparkly leotard, and danced and tumbled my way round a gymnasium.

It seems so preposterous - particularly the leotard. But it happened. Me, on a podium, with a gold medal around my neck after winning Women's Artistic Gymnastics Novice in the 17th Pat English Scottish Formers Championships.

Admittedly there were no other competitors in the over-40s novice category. I could have tramped around the mat dressed as a pantomime horse and still won.

But this is a mere detail for me. I have achieved my sporting career highlight - long after I had forgotten I actually had a sporty side.

I was one of those girls at school who relished cross-country running around the rugby fields. I enjoyed getting up early on cold Saturdays for hockey games played on unforgiving blaes pitches.

And outside school, for three years I trained three times a week at a local gymnastics club, before switching my passion and time to ballet for another five years. 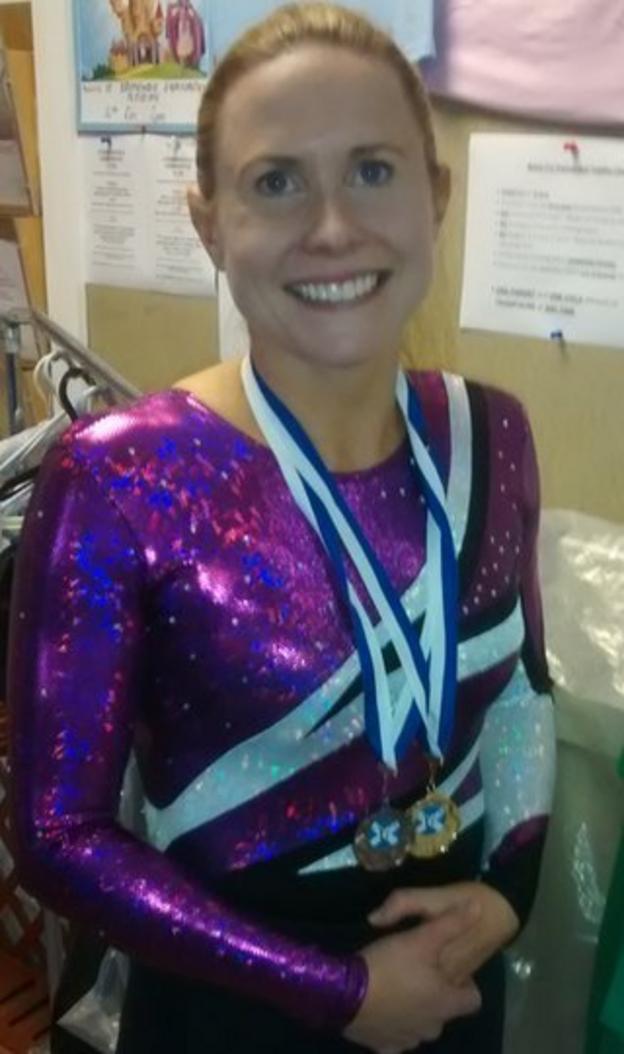 But after I left school, my sporting career pretty much fell off a cliff.

When the hare-brained idea of entering an adults gymnastics competition recently entered my mind - I thought it would be a story focused on experiencing the joys of glory long after I believed possible.

What I didn't expect to find is that the actual highs have come from having a new hobby.

Kids seem to instinctively treat sports as hobbies. But as an adult, keeping active can start to feel like an unnecessary evil.

I entered a whole new world when I took up gymnastics, and initially I wasn't sure I would fit in.

Luckily my friend Nicola, a lapsed gymnast and fellow mum, persuaded me to persevere.

Anyway, 60-year-old Peter Duncan (the action man of Blue Peter during my childhood) had already demonstrated that it was not too late for me to take up gymnastics.

My new world kept getting bigger. Peter Duncan's Tumble partner, Kate McWilliam, turned out to be a coach at a couple of classes I attended at a local circus school.

Then my daughter's gymnastics club let me and my friend Nicola use their gym a couple of times to practise our floor routines, and one of the coaches helped me develop my skills.

And hobbies, it turns out, don't stop at the gym door, they spill out into pubs and restaurants for obligatory nights out (and medal celebrations).

Of course, the journey to that podium moment has been about developing my strength and flexibility and overcoming fear when trying new tumbles.

But it's also been about discovering a ready-made community, which reaches out with help, support and enthusiasm to new recruits who "get" their passion.

As for my daughters, they seem completely unfazed about me doing gymnastics. I may have unwittingly led them to believe that sport is a fun and integral part of life, and not some metaphorical ogre that adults must fight.

I'll take the gold medal for that alone!

If you want to try gymnastics have a look at the Get Inspired page on the sport.